2007 December How to Improve the Clarity of Your Writing

How to Improve the Clarity of Your Writing
By Michael Masterson 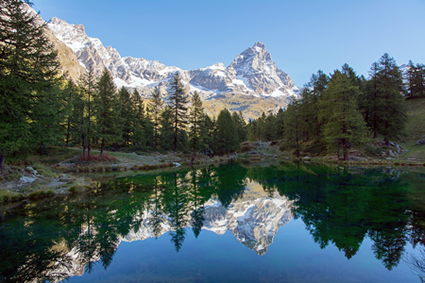 How to Consistently Score 8.5 or Below
on the Flesch-Kincaid Grading Scale

In most areas of life, getting high grades means you are doing well. When it comes to writing, however, the most popular grading system works inversely.

I am a big proponent of simplicity of expression. And I’ve been recommending the FK to fellow writers and publishing clients for many years as a useful tool to achieve simplicity. Early to Rise requires its written submissions to be graded on the FK scale. And Stansberry & Associates uses it for all its promotional copy.

Most magazine and newspaper writing falls between grade levels 8.0 and 12.0. Academic and scientific text is generally in the 10.0 to 14.0 range. Dialog tends to be graded at the 4.0 to 6.0 levels. The text you have been reading in this article so far, for example, has an FK score of 10.2.

But does that make any sense? Is it reasonable to want to achieve a low FK grade for every essay I write? Shouldn’t some essays – those that express more complex thoughts – have higher FK grades?

Can you really bring down the FK score without also bringing down the quality of the copy?

The short answer is yes.

Yes, you can get your FK scores into the 7.0 to 8.5 range even if your copy is full of big, beautiful ideas. Not only will your ideas be preserved, they might even be improved by the simplicity.

Let me prove it to you. Let me rewrite this article using a few of the tricks I’ve learned about good writing. Let’s see if I can get it down to 8.5 or below. Are you ready? Here goes:

How to Consistently Score 8.5 or Below
on the Flesch-Kincaid Grading Scale

Steve Sjuggerud’s investment newsletter, True Wealth, has 70,000 subscribers – one of the highest circulations in the industry. It also has one of the highest renewal rates at more than 75%. Steve’s e-zine gets super-high open rates. And when he publishes a new report, his readers buy it in droves. By every standard of measurement, Steve is a very successful writer.

What’s his secret? At a writing seminar in France last summer, he explained it:

“When I started writing, Michael told me I had to learn to write more simply. He told me that successful writers have two skills: coming up with good ideas and expressing them clearly. I agreed with him about good ideas.

“But I wasn’t sure that writing simply is that important. So I conducted a secret study. I scanned all of Agora’s writers and rated them on the grading scale Michael recommended. What I discovered surprised me. There was a direct relationship between simplicity and success. The writers who had the lowest Flesch-Kincaid scores had the highest renewal rates.

“In fact, the three most successful writers all had the lowest FK grades. I decided Michael was right. I started using the program to simplify my writing. It was difficult. But gradually it became easy, almost automatic. I am convinced that the reason True Wealth has 70,000 readers today is because it is so easy to read.”

Steve is not the only successful writer who believes in simplicity. Michael Palmer, who heads up Agora’s most successful copywriting team, insists that all his writers keep their FK scores below 8.0. That’s been the standard for The Golden Thread and Early to Rise recently, and it’s becoming a standard throughout Agora.

Simplicity of expression is not the most important quality of good writing. Content ranks first. If you want to be a good writer, the most important thing to do is present your reader with good thinking. If your thoughts have quality, your writing will too.

But if you express your good thoughts in a complex or clumsy way, you make it difficult for your readers to grasp them. Good ideas have the greatest impact when they are expressed simply and directly. A good thought, like a beautiful woman, should not be cloaked in a bundle of rags.

Most magazine and newspaper writing falls between grade levels 8.0 and 12.0. Academic and scientific text is generally in the 10.0 to 14.0 range. Dialog tends to be graded at the 4 to 6 levels. The text you have been reading so far in this rewritten article, for example, achieves a grade of 7.8.

Does that surprise you?

In less than 10 minutes, I was able to reduce my score from 10.2 to 7.8. You’ve just read what I did. None of the details were sacrificed. Nor was the main idea. In fact, my second effort is stronger. Don’t you think?

I’ve had lots of conversations with writers about the FK program. Many of them went as follows:

Self-Important Writer: Why should I get my writing below 8.5? That’s not even high school level.

Me: The grade level has nothing to do with academic reading levels. That’s a popular myth.

Me: It’s not a question of dumb. It’s a question of efficiency. If you write simply, then all your readers, smart and dumb, can grasp your ideas more easily.

Self-Important Writer: Let them work to understand me. My thoughts are worth it.

Me (thinking): Maybe. Or maybe your thoughts are not so good. And you want to disguise them with complicated and confusing writing.

I do believe that. When the thinking is weak, the writer senses it. Rather than expose its weakness to the light of clarity, he obfuscates it with clumsy expressions.

By the way, the Flesch-Kincaid grade level of this rewritten article is now 6.6.

Is that amazing? Would you like to know how I did it?

My Top Techniques for Scoring 8.5 or Below

There are certainly other secrets to be discovered. But if you employ any or all of these five, you will see a quick and dramatic reduction in your FK grade. Getting your grade down means bringing the clarity of your writing up. Despite what the self-important writers say, that’s a good thing.

My final FK score for this entire rewritten article: 6.7

[Ed. Note: To “turn on” the FK program in Word, click Tools on the toolbar, then click Options, then click Spelling & Grammar, then select Check Grammar with Spelling, then select Show Readability Statistics, then click OK. Once you’ve done that, the FK score will be displayed on your screen after you spell-check your document.]

9 Responses to “How to Improve the Clarity of Your Writing”