Improve Your Life By Asking Yourself Better Questions
By John Wood 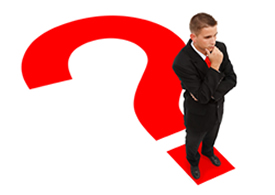 Imagine for a moment being involved in a serious traffic accident. You suffer serious burns to 65% of your body.

Then, only four years later, you're involved in another accident. It leaves you paralyzed from the waist down.

You'd have two pretty good reasons for asking, "Why me?" and not just once, but over and over … wouldn't you?

Both actually happened to W Mitchell. On July 19, 1971, a laundry truck turned in front of the motorcycle he was riding. In the resulting collision, a faulty gas cap on the motorcycle popped open. The gas poured out and burst into flames from the heat of the engine, resulting in burns to two-thirds of his body.

On November 11, 1975, a small plane he was piloting crashed due to a thin layer of ice on the wings. His 12 thoracic vertebra was crushed, bruising his spinal cord beyond repair.

But the story doesn't end there. It was a new beginning.

W Mitchell overcame his obstacles and went on to become a motivational speaker and millionaire businessman.

But here's the thing …

The questions he asked himself were not full of self-pity and self-doubt. They were empowering questions that motivated him to take action.

"Because of this, what will I be able to contribute to others?"

"Am I really only my body, or am I something more?”

"What am I capable of now, even more so than before?”

W Mitchell's story, which Anthony Robbins talks about in his book Awaken The Giant Within, is a powerful example of the capacity questions have to change your thinking.

Robbins states flatly that his entire book and his life's work are the result of him asking himself the right questions.

An example of this is automotive pioneer Ransom E. Olds, who asked himself, "How can I manufacture cars faster?" With that, he implemented the first automobile assembly line in 1901, producing the Oldsmobile Curved Dash.

A number of years later, Henry Ford asked himself a similar question. The Ford Model T assembly line began operation on December 1, 1913. Instead of 12 hours and 30 minutes to produce a car, it now took 1 hour and 33 minutes and substantially reduced the manpower required (Ford fine-tuned the assembly line by adding conveyor belts to it).

The quickest way to change your mental focus is simply by asking a new question. For example, instead of asking yourself a question like, "How come nobody likes me?" Robbins suggests you ask yourself, "How can I change my state so I'm happy and feeling more loveable?"

You'll instantly focus on solutions versus wallowing in self-pity.

Another way to quickly improve your mood is to ask questions that shift your focus to good memories of your past. Questions like, "What are my most treasured memories?" and "What's really great in my life right now?" will shift your focus to experiences that will make you feel phenomenal.

Questions are also a good way to get leverage on a situation. To encourage yourself to take action, ask questions like, "If I don't change this, what is the ultimate price?" and "How will my whole life be transformed if I did this right now?"

Asking the right questions is especially important in moments of crisis. Robbins tells the story of the time he caught a former associate putting on a seminar of material Robbins had developed, claiming it as his own. Despite having the comfort of knowing his lawyers would straighten out the situation, he slipped into a negative state.

"How could he do this to me?" Robbins thought to himself.

So he asked himself a new question: "What do I respect about this guy?" His initial answer was "nothing," but he thought to himself that "at least he's not sitting passively. At least he's using what I taught him." That made him laugh and changed his overall state.

For example, a question like, "Are you as frustrated with this project as I am?" could trigger feelings of frustration even if you weren't frustrated before the question.

If you're angry, one of the best questions you can ask yourself is, "How can I learn from this problem so that it never happens again?" A question like this forces you to focus on the positive and delete negative feelings from your mind.

Asking new and better questions can open you up to new opportunities and new ideas.

Robbins offers up two examples in his book. He writes about the time he came home from a grueling schedule on the road to discover he'd been bilked by a business associate. He was shocked to learn his company was three quarters of a million dollars in debt. Everyone told him that bankruptcy was his next logical move.

Instead, he asked himself two questions. The first question he asked was …

"How can I turn this around?"

and then he improved on it …

"How can I turn my company around, take it the next level, and cause it to have more impact than it ever has in the past?"

The resulting ideas were to set up a franchise operation across the county and produce an infomercial to sell his motivational products.

The second example concerns the Ford Motor Company. The president at the time, Donald Peterson, was known for his persistent questions, "What do you think?" "How can your job be improved?"

Robbins writes that on one occasion, Peterson asked his designer Jack Telnack. "Do you like the cars you are designing?” Telnack said he didn't. Peterson then told him to ignore management and design a car that he (Telnack) would like to own.

The result was the 1983 Ford Thunderbird, a car that later inspired the Taurus and Sable and lead to Ford surpassing General Motors in revenue in 1987.

Five questions for any type of problem

No matter who you are, what you do, how much money you have, who loves you — you're going to encounter problems. One of the keys for using questions to power your success is to develop a set of questions that will empower you when you're confronted with a problem. The following are Robbins's five problem-solving questions:

1) What is great about this problem? It's not always easy to uncover, but often there is a hidden opportunity or benefit behind every problem.

3) What am I willing to do to make it the way I want it? The answer is your game plan for solving your problem.

5) How can I enjoy the process while I do what is necessary to make it the way I want it? Solving problems doesn't have to be boring and rigorous. Think of ways to make it fun. For instance, you might reward yourself with a small gift at each step of the problem-solving process.

Questions alone are not enough

Robbins says that while questions can play a key role in your success, there comes a time when you must stop asking questions in order to make progress.

"At some point, you've got to stop evaluating and start doing," he writes.

So the next time you are confronted with a problem, find your mood going off the rails, or need some positive energy throughout the day, start asking yourself better questions.

You'll feel better about life, accomplish more, and be a positive force to everyone around you.

This article, Improve Your Life By Asking Yourself Better Questions, was originally published by Wealthy Web Writer.