2015 February How The Seinfeld Method Can Help You Achieve Goals 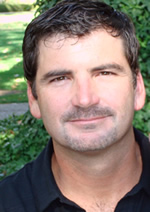 A priest, a rabbi and a young comic walk into a comedy club and spot Jerry Seinfeld backstage …

The comic approaches Seinfeld and asks him, “Jerry, what’s the secret to your success?”

Jerry replies, “I don’t start any joke with a priest and a rabbi …”

Okay, I think I better leave the joke telling to Jerry Seinfeld …

Everyone knows Jerry Seinfeld. But before he became the iconic comedian of our generation, he was just another comedian in a sea of other struggling comedians.

Yet, he managed to rise up and become very, very successful.

What’s more, Jerry Seinfeld’s work was remarkably consistent. His live performances, along with his long-running TV series of 180 episodes, were consistently original and funny.

So … what separated Jerry from all the rest? 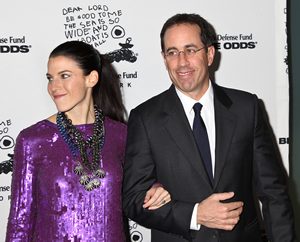 Well, it’s known as … The Seinfeld Method. And, though it may appear simple at the surface …

It’s something I first used to gain early success with my screenwriting career, and am now using again to become a successful copywriter.

It’s a method you can also put into practice starting today to help you achieve your own writing goals … including living the writer’s life.

The first step to the method involves something you’re likely already very familiar with, if you’ve been around AWAI for a while …

And that’s to write every day.

Jerry followed this rule religiously, and credits the simple act of writing a joke every single day with his incredible productivity and consistency.

To make sure he followed through, he developed a simple system for tracking his efforts.

He advised the young comedian to get a big wall calendar that had the whole year on one page and hang it on a wall where he would see it every day.

Then he needed to get a magic marker. Jerry told him, each day you write a joke, cross a big X over that day …

Jerry then told the young comedian that his only job was to – not break the chain.

Jerry didn’t say the jokes had to be good …

He didn’t say, write only when you feel motivated or inspired …

That’s it! That’s The Seinfeld Method.

You can use this technique to achieve any writing goal you may have, whether it’s finishing The Accelerated Program for Six-Figure Copywriting or any copywriting assignment.

All you need is a 365-day, one-page poster calendar and a magic marker, along with a commitment to complete a task that allows you to mark an X on your calendar every day. That way, you can start (and maintain) your chain.

Or, if you hand copy successful writing samples within your niche …

Or, if you complete a task that helps build your website …

Or, just give yourself an X for every day you work your way through The Accelerated Program …

And then, make a commitment to “not break the chain.”

This simple task is a foundational habit that can help you build your own writer’s life.

Then, let me know in the comments what goal you’re currently working on that you could use The Seinfeld Method to help you achieve.

Tomorrow, I'll reveal the difference between activity and action … and how to choose the right task to help you achieve your goals faster!

Till then … don’t break the chain!