2017 December A Simple Way to Prospect with Cold Calls

A Simple Way to Prospect
with Cold Calls
By Steve Slaunwhite 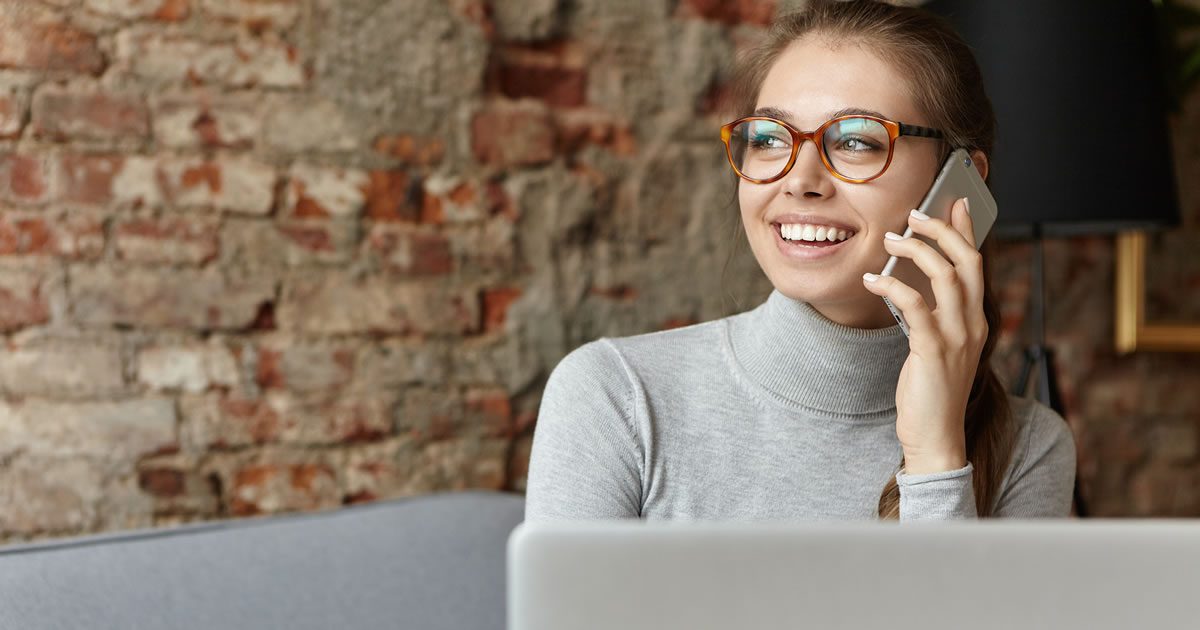 Do you dread making cold calls?

Making cold calls to build your business has gotten a bad rep over the past few years for some good reasons and for some bad reasons.

The bad reasons are that cold calls are very tough to make. Even if you have a good technique like I’m going to share today, they can still be challenging. Many prospects just don't answer the phone these days, so it's becoming more difficult to reach potential clients by phone.

But that doesn’t mean that cold calls aren't useful. They can be very effective as a quick way to reach out to potential prospects. You can make a couple of cold calls today, reach a prospect who has a need for copywriting services, and you could land a new client today. All it takes is making a few targeted cold calls.

The technique does work if you use it correctly.

In this article, I’ll give you a very simple strategy for making cold calls. I’ve found that a simple approach really works best.

But first, let’s take a look at what cold calling is …

Cold calling is an introduction

A cold call is about introducing yourself and your services to a potential client who may have an interest in your services.

Before you pick up the phone to make a cold call, think to yourself: "I'm going to introduce myself and my services to this person who may have an interest in my services. And that's all I'm doing." That's the mindset you have to have.

With that mindset, cold calling will work a lot better for you. It’s going to be less stressful. You'll be less reluctant to do them.

I sometimes call it “intro calling,” not cold calling. You’re reaching out to potential clients and introducing yourself and your services to those clients.

Keep in mind that there might be hundreds or even thousands of potential prospects who could be ideal clients for your business. The problem is they don’t know you exist.

When you make the first move and introduce yourself and your services to those prospects, now they know who you are. And they could potentially use your services.

Another thing you need to know about cold calling is that you don’t call everyone. Going through a directory and calling every company is really a road to heartache. You’re going to get a lot of rejection.

What you want to do is cherry-pick a list of prospects to call. Do some research and build a list of 10 or 20, or at the most 25, potential clients that are likely to have some interest in your copywriting services.

Perhaps they’re companies in the same niche you’re targeting. For example, if your specialty is companies that make software programs for professional service firms, you’ll create a list of those kinds of companies.

Approach the prospect as a peer

You don’t want to act in a meek way or like an underling, or act like you're applying for a job or begging for an opportunity. You want to come across as a confident expert at what you do. That's the kind of person potential clients want to hear from.

You have a professional business service, and you're spreading the word to potential clients who may be able to benefit from it. You want to come across as very confident.

A simple script for cold calling

This script is surprisingly simple, but it works quite well. You’ll want to adapt it to your own business and to your own way of speaking to make it comfortable for you. But the elements of the script are very important.

First, let’s look at the whole script. And then I’ll break it down for you and discuss each element.

Imagine my name is Bill Williamson, and I'm a copywriter specializing in industrial process software. I'm calling John, the marketing director of a company I've identified that may be interested in my services.

Bill: Hi, John. This is Bill Williamson calling. I was on your website and thought it would make sense to give you a call and introduce myself. I'm the copywriter specializing in industrial process software. May I ask you a quick question?

Bill: Do you use freelance copywriting services from time to time?

John: Oh yeah, we do from time to time. Why?

Bill: Would it be helpful if I emailed you some information on my services and a general idea of my pricing?

If John has more questions, then you go ahead and have a conversation with him. But if he doesn’t, and if he agrees, then you email him information on your services.

Now, let’s break the script apart and look at the key elements.

The reason for this opening is that you need to tell John who you are. If you use a convoluted opening and you don’t identify yourself, then John will get suspicious. He’ll wonder who you are and what you're trying to sell and how long this is going to take and how he can get you off the phone.

If you tell him who you are and you give him your full name, he’ll be much more likely to hear what else you have to say after that.

Then the next sentence: "I was on your website and thought it would make sense to give you a call and introduce myself."

This gives John the reason why you're calling. By saying that, it's going to break down a lot of the barriers that John has. And he's going to be much more likely to listen to what you have to say.

Then you tell John what you do by saying, "I'm the copywriter specializing in industrial process software."

Now, I know there's a lot of complicated and convoluted elevator speeches you could write. But in my opinion, when it comes to cold calling, it’s best to keep it clear and simple. You tell them you’re a copywriter, and you tell them what you specialize in.

Is this a good time?

The next thing you say is, "May I ask you a quick question?"

Nine times out of ten, the answer you’ll get is yes. Sometimes a prospect might say no because they’re the middle of something or they need to run to a meeting so they might ask if you can call again later.

You respect what the prospect says and you simply say, "Okay. I'll give you a call some other time, John. Goodbye." And then you hang up.

Remember, this is a relationship-building call you’re making. You don’t want to burn any bridges. You want to be able to call that prospect back at a later date.

But nine times out of ten, the prospect will say, "Yes, go ahead. What is your quick question?"

And the first of two questions you ask him is, "Do you use freelance copywriting services from time to time?"

Asking that question gets the prospect thinking about freelance copywriting services. You've already told them you're a copywriter.

Now, here's a neat thing. It doesn’t matter how they answer that question. Whether they say yes or no, you still ask the last question. "Would it be helpful if I emailed you some information on my services and a general idea of my pricing?"

If they say yes and give you their email address, then you've made a significant step forward. You’ve started a conversation. Now you can email them information about who you are and what you do. You can follow up with them later on.

That doesn’t mean you have to send them a detailed fee structure, but you can give them some ballpark prices for typical projects you do.

That's the entire script and it works very, very well. So if you’re doing any kind of cold calling to prospects, try it and see how it works for you.

This article, A Simple Way to Prospect with Cold Calls was originally published by B2B Writing Success.