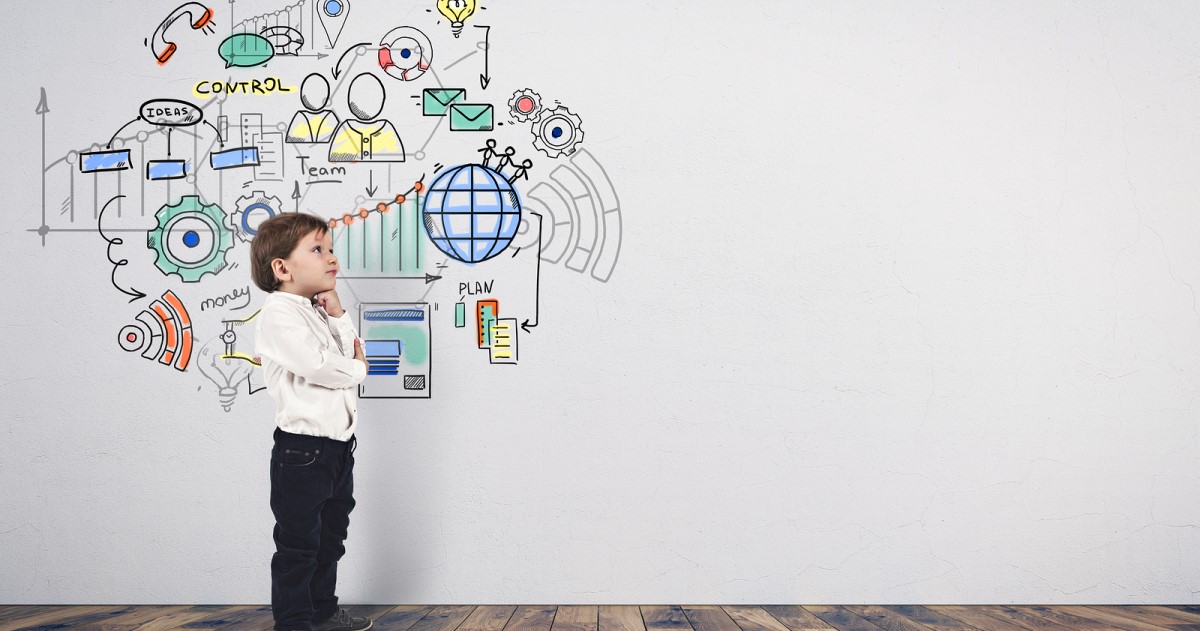 So rare … only one in 5 million ever qualify.

That’s the number of child prodigies there are, says Joann Ruthsatz, a psychologist at Ohio State who has been studying them since 1990.

At that rate, with 1.9 billion children worldwide, that puts the total number of child prodigies at about 380. Joann admits it’s not an easy research task to undertake simply because there aren’t that many to be found.

Joann uncovers these little geniuses through tips from fellow researchers or in most instances, winds up tracking them down herself.

The very first prodigy she studied was a 2-year-old who was able to play the music he had only heard in church with exact precision. By the way, a true child prodigy is defined as a youngster who has developed exceptional professional abilities before the age of 10.

Like Wolfgang Mozart. Most of us assume Mozart worked his way up to master composer. But the truth is, he was a musical prodigy.

At age 3, little Wolfgang was playing piano alongside his older sister. Then by age 5, he was playing concerts in international music halls. And by age 8, he was composing his own music.

Other child prodigies include:

Having a high IQ is common among child prodigies, but they also share two other characteristics: An exceptional memory and attention to detail.

In a study of eight prodigies published in the journal Intelligence a few years ago, each had a working memory ability that ranked in the 99th percentile.

As for paying attention to details, child prodigies align closely with people on the autism spectrum. But that doesn’t mean they are autistic, it’s just that they happen to be on the same scale.

Child prodigies are the perfect example of natural born talent and genius.

But if everyone else isn’t born this way, then how do ordinary people become extraordinary at their chosen profession?

John’s been hooked on cognitive research and writing for quite some time. Since 1985, he’s been researching every aspect of the writing process, including how sentences are composed, what processes are involved in revisions, and why do people experience difficulty in writing clearly about topics on which they are expert?

John sees writing as a complex activity worthy of being studied. For him, a single piece of writing requires several things happening at once: tell a story, present facts, build a theory, develop a logical argument, persuade a reader to take a particular course of action, all the while forcing the writer to clarify their thinking.

Besides understanding the actual process of writing, John also sought to answer: How long does it take become elite at your craft?

Interestingly enough, to find the answer to this question, John analyzed thousands of musical compositions produced between the 17th and 20th centuries.

Why music? Because composing music uses the same complex set of skills as writing. From this painstaking research, John created a list of 500 pieces that were played frequently by symphonies around the world and were also considered musical masterpieces.

Then he mapped out the timeline of each composer’s career and calculated how long he or she had been writing before their pieces became “master works of art.”

Of all the pieces he analyzed, with the exception of just three, he discovered that every single master composition was written after year 10 of the composer’s career.

That means each person was writing for 10 years straight before being recognized as a master. Then John wondered if the same holds true for other creative fields.

So he repeated the study, but this time focusing on famous painters and poets. Surprisingly, the results were identical: exactly 10 years before reaching master-level status.

John calls this period of time, the “Ten Years of Silence,” because the person toils away at their craft for 10 years with little recognition.

Well, luckily for you Dear Copywriter, John discovered one more trait that can help you unearth your true writing genius. And in just a minute, I’ll tell you what that is, but first let me walk you through the traits “A-level” copywriters have so you can see which ones you share.

Now before we begin, a little disclaimer.

I haven’t done a comprehensive study of every single “A-level” copywriter in the same way as Professor Hayes did his research. But being in this industry for over 30 years, and working with some of the best, I’ve observed a few traits “A-level” writers seem to have in common.

And those traits are …

Master Copywriter Trait #1: Research fanatic. The title is copywriter, but perhaps it should be research writer. That’s because every “A-level” copywriter doesn’t shy away from doing an abundant amount of research. Research, research, and more research are how you uncover an emotionally compelling idea for your sales letter.

Without that idea, you have nothing to write about … nothing that is worthy of your prospect’s time.

Master Copywriter Trait #2: Know thy audience. You just uncovered a Big Idea, but you have no clue if your audience will find it appealing. “A-level” copywriters instinctively know their target audience. They know what drives them, or as is often said, “what keeps them up at night.”

How do they get those killer prospect instincts? They get information from the clients’ marketing team. They want to know the same kind of numbers that marketers know … such as open rates, click-through rates, conversion rates, response rates, Return on Investment, breakeven, etc.

By knowing the numbers that produce the best results from each marketing campaign, “A-level” copywriters are then able to paint a picture of the prospect and what kinds of offers, ideas, and concepts work best.

Master Copywriter Trait #3: Never good enough. “A-level” copywriters think they can do better. Even if the package they write sells millions of dollars’ worth of goods or services, they feel like they could write an even stronger sales letter.

They are driven to get the best result for their clients. They are self-motivated to write better copy on every project they take on. Perfection is always one letter away.

Master Copywriter Trait #4: Talk among themselves. “A-level” copywriters don’t work in isolation. Even freelance writers working from their home offices talk to other copywriters.

“A-level” copywriters want to know what other copywriters are doing to get great results for their clients. They also don’t mind getting feedback on what they’ve written from other “A-level” writers.

I know two copywriters at Agora Financial, one of the largest divisions at Agora Publishing, who look over each other’s work. And they say with absolute certainty having another writer read what they’ve written and make comments, helps them write better sales letters.

Master Copywriter Trait #5: Cutting-edge discoveries. There’s no other way to say it: “A-level” copywriters are constant learners. If they discover a new offer is working in their niche that they’ve never written before, you can bet they’ll give it a try on their next project.

“A-level” writers know that testing is what the drives the direct-response industry. They want to know if a new headline increases response rates … or if they can drive more prospects to a landing page with a strong call-to-action … or if a long-form order device gets more sales than a short form.

By constantly testing different elements and seeing the results firsthand, they build their own internal data bank of what to try next.

Now, these are just a few of the traits “A-level” writers have in common. I’m sure there are plenty more.

But these are enough to show you what you need to focus on in order to fast-track your writing career and hit the six-figure mark much sooner.

What’s the third trait that will unlock your hidden genius? After studying thousands of music composers, poets, and painters, John found that in addition to being born naturally talented, each master craftsman purposefully trained in their profession with deliberate practice.

Putting a lot of time into learning something isn’t the same as learning with purpose. You have to set meaningful goals on the path of learning. For instance, if you want to be a master of writing headlines, then write 10 headlines a day for 30 days straight. If you want to write a compelling lead, then write 10 different leads every day for the next 30 days.

And the good news is, one hour of deliberate practice per day is enough to achieve long-term success.