Is Kitchen Sink Syndrome Killing
Your Productivity?
By Heather Robson 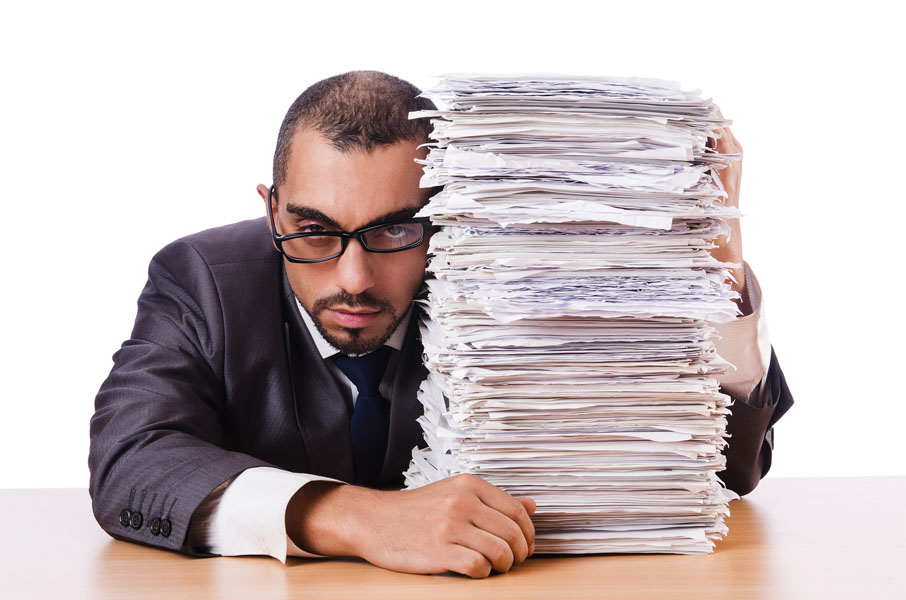 The tendency to get pulled off track when something new and exciting comes up. As you constantly change direction, you realize you never really get anywhere.

There’s a related syndrome I suffer from. Maybe you do, too. I’ve affectionately dubbed it Kitchen Sink Syndrome … KSS for short.

Kitchen Sink Syndrome is closely related. The main difference is when you move on to the next new and exciting thing, you keep trying to do the last thing, too.

It is simply impossible to do all these things and do any of them well. You feel overwhelmed before you start. And like SOS, your headway on anything is non-existent.

It’s just with KSS, you’re failing at everything all at once, instead of failing at one thing at a time.

That’s harsh, I know. But, I speak from experience. If the only real failure is to not take meaningful action, both SOS and KSS are two sure ways to get there.

KSS is a bit worse than SOS, in my opinion, because it can actually tank a single project.

Let’s say you manage to kick your SOS, and you focus in on a single skill you’re trying to learn. If you haven’t addressed your KSS, here’s what will happen …

Instead of identifying a point of competency and working toward it through a series of exercises, reading, feedback, and trial and error, you’ll start adding more requirements to complete before you implement your new skill.

Everything there — studying multiple courses, learning related areas — is good. But, if you try to do it all at once or insist you do it all before using what you’re learning, then you’re never going to actually execute.

If this sounds all-too-familiar, stick with me. I have a proven treatment for Kitchen Sink Syndrome.

But first, let’s look at how KSS develops in the first place.

Why the Tendency to Make Things Harder?

Kitchen Sink Syndrome stems from a combination of a lack of confidence and a lack of prioritization.

The lack of confidence component is pretty obvious. If you feel like you always need to take one more step before you’re ready, chances are you don’t believe in the value you have to offer. You’re probably worried about failing, about being rejected, about doing something that will make you look foolish, or about having a client say they’re disappointed in the results.

Fortunately, your belief in the value you have to offer isn’t a precursor for that value to exist.

You could be the best email writer in your industry. You might not believe it, but if you accept a project from a client and do a good job for them, they’re going to reap the benefits whether you believed you could do it or not.

The second component is an unwillingness to prioritize. This usually boils down to a need for approval. After all, if you choose to do everything, no one can tell you you’re overlooking something important.

But, if you choose to do everything, you’re also conceding that nothing is important.

How do you get over this tendency to keep adding layers to your projects … to take on too many things … to refuse to prioritize?

There’s a way to do it. And it works every time. It’s even really simple. But, it isn’t easy … because it will go against your natural tendency to complicate things.

Still, if you stick with it, the process gets easier the more you do it.

The first step is to recognize that courage comes before confidence. You don’t build confidence so you can do things. You do things, and then your confidence grows as a result.

The second step is to figure out the bare minimum you need to do to accomplish a goal.

Let’s say your goal is to launch a website.

If you have KSS, you’re going to make a list of core pages — what you really need to launch your website — and then you’re going to start adding things. You’ll need social media icons. That means you should update your profiles. You’ll want to have a blog — better get two months ahead before you launch, so you stay consistent. You’ll want an email subscription list. That’s got several components you’ll need to create. You’re going to want to use video — that’s another to-do list of its own.

Go ahead and make that list. But then, ask yourself, “What is the absolute minimum I need to launch?” Use the honest answer to that question to make a much smaller list. All the other things can come later.

Have you ever written a letter, put it in an envelope and addressed it, only to have it sit on your desk for weeks, waiting for a stamp?

That last little action takes 15 seconds. But, it’s the action that takes all the previous work and makes it meaningful. It’s the step that takes the letter out of your control and puts it in front of someone else to be read, reacted to, even judged. Without the stamp, all the work you put into the letter doesn’t amount to anything more than practice. (Not that practice is a bad thing, but eventually you have to get in the game!)

Whatever it is you’re doing — planning a new website, learning a new skill, implementing a new marketing campaign — figure out what step you need to take to put your preparation in front of your intended audience. Complete your bare minimum list, and then take that final action — go public — as soon as possible.

That’s all there is to it. Like I said, it isn’t easy … because it doesn’t feel natural to work to a bare minimum, and then going public with your work can be scary.

Before you know it, you’ll be in a positive feedback loop that spells good things for your writing business.

This article, Is Kitchen Sink Syndrome Killing Your Productivity?, was originally published by Wealthy Web Writer.

We took 12 of the most-requested writing projects (the ones you’ll most likely get asked to write) and turned each one into a handy template — so you can deliver professional writing on your first try with confidence.

5 Responses to “Is Kitchen Sink Syndrome Killing Your Productivity?”