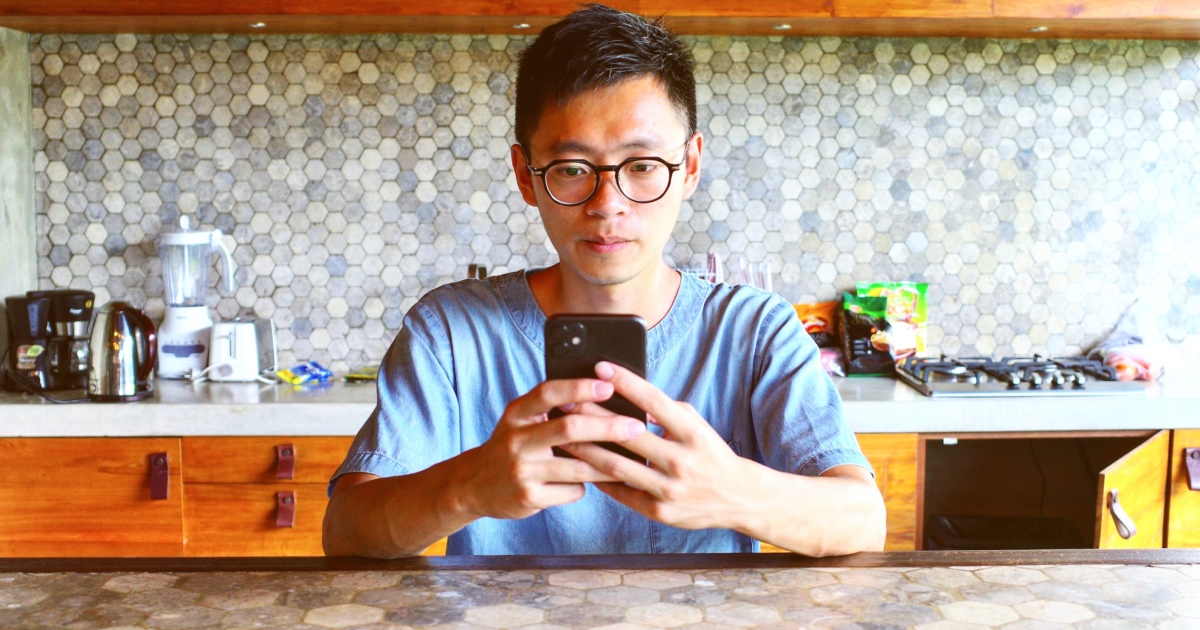 “Make sure all the bills are facing the right direction when you bundle them up.”

“Save your calculator tapes. They will help you when it’s time to reconcile transactions for the day.”

“Always welcome every customer as they enter the building.”

Those were a few of the instructions I remember from my time training as a bank teller. The training program took place on the top floor of the bank’s downtown headquarters — it was an exact replica of a bank lobby.

Our group was just under 10 new hires. And we took turns being customers and tellers.

The training lasted just under three weeks. And if you passed, you were then assigned a branch. If you didn’t pass … well, you were better off choosing a different profession.

I worked in the banking industry almost 40 years ago.

It was one of my first “real” jobs. And I loved it. I loved interacting with customers. I loved counting money.

Within a few years, I was able to transfer from the teller line to being a member what we called the “platform.” That’s where customer service members sat.

Back then, customer service members did everything from opening new accounts and helping people reconcile their bank statements to processing loan forms and counting the money stashed in the vault.

Nowadays, bank tellers can handle just about any kind of customer inquiry right at their stations. And with so many financial apps to download on your smartphone or computer, printed bank statements are a thing of the past.

Heck, it might not be long before tellers are a thing of the past. That’s because more and more bank transactions are done online.

In fact, industry experts predict that over the next two years, 90% of all customer interactions in banks with be completely automated.

Does this mean bank tellers will be replaced with artificial intelligence? Well, maybe not in the shape of robots, but certainly with chatbots.

What’s a chatbot, you ask?

Well, you’ve no doubt already interacted with one while visiting a website.

You know … those little boxes that pop onto the screen, usually with a typed message of question such as, “Need assistance?”

If you’ve not encountered one online, then you’ve certainly come across a chatbot on your smartphone. For instance, you’re in the car and need to get to a restaurant but are not sure of its location. So you pull out your phone, hit the chat button, and ask for directions and an in instant you get turn-by-turn directions.

A chatbot is a computer program that simulates and processes human conversation, either written or spoken. They feel as if you are communicating with a real person.

Although it feels like they’ve only been around a few years, the first chatbot in existence was created in 1966. Her name was ELIZA. But her creator got worried when something odd happened. In just a few minutes, I’ll tell you what that was, but first let’s answer a pressing question: What does a chatbot have to do with your freelance writing career?

Well, here’s the thing. Chatbots are being used now more than ever. In fact, chatbot growth spans a variety of industries to the point that 1.4 billion people now use them on a regular basis.

One reason they are so popular is because they can answer almost any question a user or customer might throw at them without blinking an eye. And they never take a break — they’re on duty 24/7/365.

Businesses like them because they reduce costs. A recent report from The Future is Now says that chatbots can cut a company’s operational costs by as much as 30%.

So why does this talk of chatbots matter to you, Dear Copywriter?

It’s simple. Behind every chatbot message is a person who wrote those messages.

But right now, that person isn’t a trained writer. In general, software techies — the bot builders — write chatbot scripts. And a bot builder is the chatbot equivalent of a webmaster.

Writing isn’t their superpower. As the growth in chatbot explodes over the next few years, want to take a guess at what type of writer all of these companies will need to hire?

If you said copywriter, you’d be right. And it’s quite a lucrative career.

Yet it’s a simple, short project.

Writing chatbots is like you’re texting … You text something, maybe with an emoji or two. Then you wait for the other person to respond to you.

Same back and forth. But, it’s an automated conversation and someone wrote the script for the bot’s side of that conversation.

In fact, it’s a rules-based back and forth between a chatbot and a human. Someone sat down and designed the entire conversation … the whole feel and experience. How it would play from start to finish.

And there’s NO need for Big Ideas, headlines, bullets, or many of the other “traditional” sales letter elements.

And that’s the beauty of writing scripts for chatbots.

The scripts are short — about 300 to 500 words. Yet writing chatbot scripts can pay as much as $2,000. It gives you a real path to a six-figure income, for what basically amounts to writing “texts.”

The oddity of the computer “love affair.” The idea of using human language in communication with machines arose in the early ‘50s. And it was just a decade later that Joseph Weizenbaum created the first-ever chatbot named ELIZA. He designed ELIZA to mimic the reactions of a psychotherapist who engaged in conversations with “test” patients. Most of the conversations were simply ELIZA restating what was being said to her by the patients in the form of a question.

As the testing continued, Joseph noticed something odd was happening. Many of the test patients formed an emotional bond with ELIZA. Although Joseph informed everyone that ELIZA wasn’t real, they refused to believe him. Of his experiment in his book, Joseph wrote, “I had not realized that extremely short exposures to a relatively simple computer program could induce powerful delusional thinking in quite normal people.”