2020 August Resource Brings You a Ton of Writing Opportunities 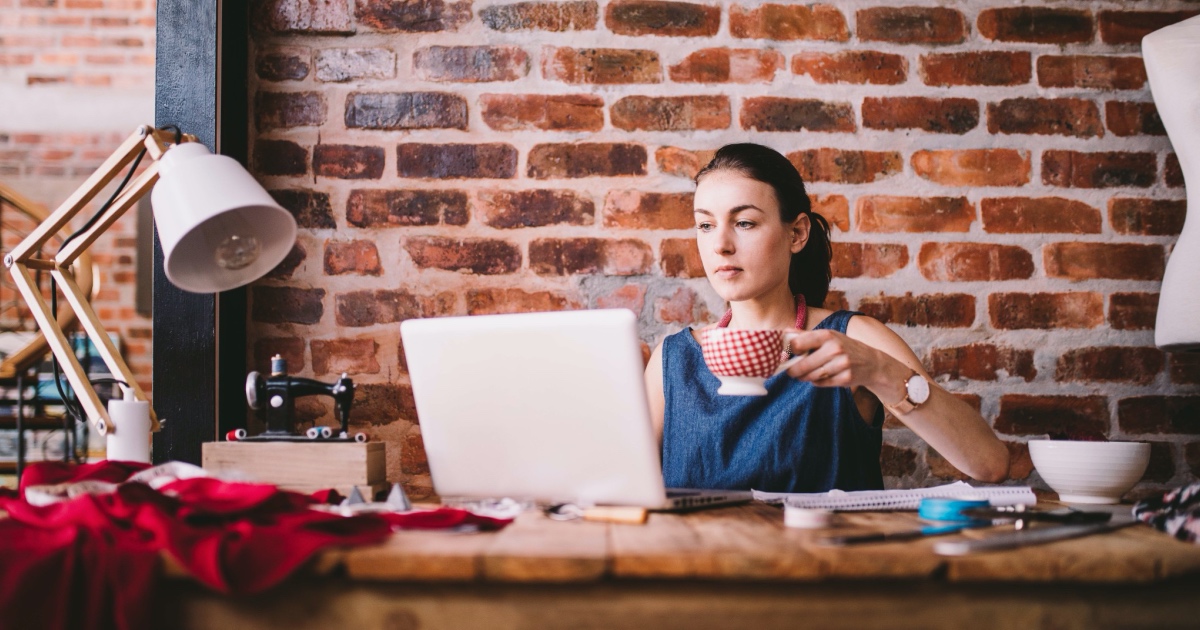 Her goal was to make it big in the entertainment industry.

So in the early 1990’s, Megan Duckett moved from Australia to Los Angeles, putting herself smack dab in the “middle of the action.”

But like so many others, Megan found it wasn’t that easy to get the recognition she was looking. Breaking into the entertainment industry was hard.

So instead of landing leading roles, she got a job working for an event planning company.

That kept her busy during the day. And when she wasn’t working on a company-sponsored event, she spent her free time on her hobby: sewing.

Some things she made for her friends, and charged them nothing. But for people she didn’t know, Megan charged a modest fee.

And those fees added up, because she was making a decent amount of extra income working on a variety of sewing-related projects.

But one project in particular set Megan on a path that turned sewing into a full-time career and eventually became her sole source of income.

The starting point was when she got an unusual request from the owners of the event company. They asked Megan if she would be up for sewing the linings for a bunch of coffins.

Her first reaction was, “Sew what?”

The company was hosting a Halloween party and coffins were part of the décor. But they wanted the coffin linings to be decorative and fun.

Megan had never made anything close to coffin linings before but nonetheless, she was up for the challenge. And a few weeks later, Megan delivered the decorative linings and received rave reviews.

Well, that got Megan thinking … if the company she worked for had an unusual sewing request, maybe other businesses had similar needs …

That’s the moment Megan realized she could position herself as a specialist in sewing props for the entertainment industry. And she seized on the idea.

She picked up the phone and started calling companies in her area to see if they had a need for a seamstress to tackle odd sewing jobs.

Those calls led to a couple of paid sewing projects. And as word spread about the kinds of projects she took on, companies started calling her.

Eventually, Megan landed a rather large sewing gig: Designing and making the silk chandeliers for The Mirage in Las Vegas.

And the projects kept coming in. In fact, by 1996, Megan was earning more money from sewing than the $45,000 salary she made at her full-time job.

So she quit her job and launched her new business, Sew What. In her first year out as a freelance seamstress, Megan made $80,000 in sales.

But her breakthrough moment came when she stumbled across a little-known void in the marketplace … one that would make her an in-demand seamstress.

And I’ll tell you what happened in just a moment, but right now I want to talk about your writing career and the powerful resource that can help you land one paid project after another.

That resource is AWAI’s Infinity Program. And here’s why it’s so valuable for every copywriter to have on hand … It’s likely there will be a point in time when you come across a client with an unusual request or for a type of writing project you’ve never done before.

Yes, you’re well versed in persuasive writing and perhaps a specific niche. But the job might be in a niche you’re unfamiliar with or call for a type of writing you haven’t done yet.

In the past, you may have passed on these opportunities. But now you can take on just about any of those high-paying copywriting jobs that come your way. That’s because as an Infinity member, you have access to a full library of home study training programs, reports, and guides that will help you tackle that exact writing project.

For example, let’s say you complete a project for a client — a series of emails for a product launch. Then the client asks if you can also handle the social media effort for the campaign, something you haven’t done before.

Well, as an Infinity member, your lack of experience in social media is not an obstacle. You simply access Nick Usborne’s program, How to Make Money as a Social Media Marketing Expert, and you can take on this new copywriting job with confidence.

That’s just one example. With all the resources in the Infinity Program, you can imagine how the number of copywriting jobs you can apply for opens up. Not only does your writing career grow but also so does your income.

It’s really no different than how Megan launched her full-time business by saying yes to unusual sewing projects. Well, the same can happen for you because with Infinity, there are no more doubts on how to do a writing project or even getting started.

It’s all right there at your fingertips. If you’re interested in joining, you can get all the details here.

Megan struck it rich making customized concert backdrops. Megan recognized that most of the curtains used at concerts were just stock items, nothing fancy or even a bit creative.

Her idea was simple: Customize the concert backdrops for individual bands. And soon, Megan was making theatrical drapes and curtains for “A-list” musicians including KISS, John Legend, Maroon 5, Green Day, Sting, and Rod Stewart, to name just a few.

By 2015, her company was generating over $7.5 million in sales. Today, Sew What is recognized as the premier draping and prop company in the industry.

While she might not be in front of the camera as she initially planned, it’s more than fair to say that Megan certainly has made it big in the entertainment industry.

If you want to make it big in the copywriting industry, I suggest you check out AWAI’s Infinity Program here.