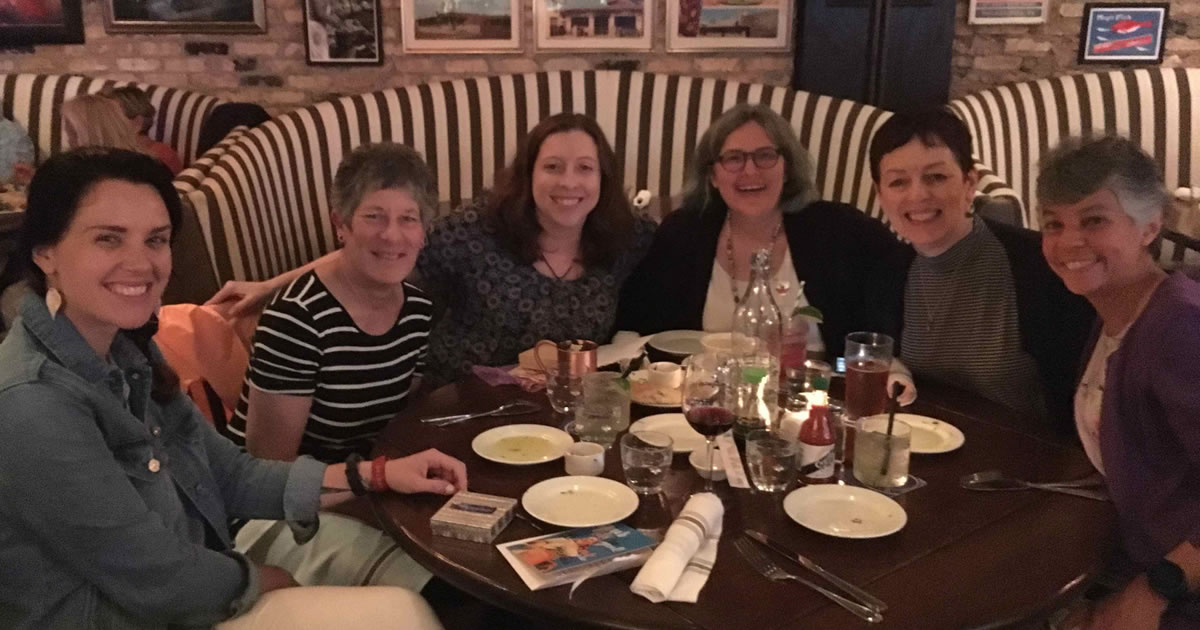 Chris (second from right) celebrating a successful book launch with Marcella Allison (third from right) and team at Bootcamp 2019.

We last interviewed you in January 2013. Can you share some highlights from the last several years?

Gosh, it was seven years ago? Right now, I’m pretty committed to alternative health. But before that, for several years, I initially continued working full-time in my university job and then writing financial copy on the side. Then Clayton Makepeace offered me a copywriting position at Weiss Research. I was there for two years, and then I went freelance in January 2018. So I work from home now.

And I’ve gotten to work on some interesting projects. One example would be helping Marcella Allison launch the book Why Didn’t Anybody Tell Me This Sh*t Before? It was a really different and fun project to work on.

Now I’m working with a top-name A-lister copywriter mentor. I just redid one package with them. I’m doing that in addition to working with other clients.

Aside from all that, I would love to write a book one day. I’d also like to get started with a blog and a Money-Making Website. I know as long as I’m able to write, I will still be doing stuff no matter how old I am.

Thinking back over the years, are there any resources or seminars that had a big influence on you as a writer and as a businesswoman? 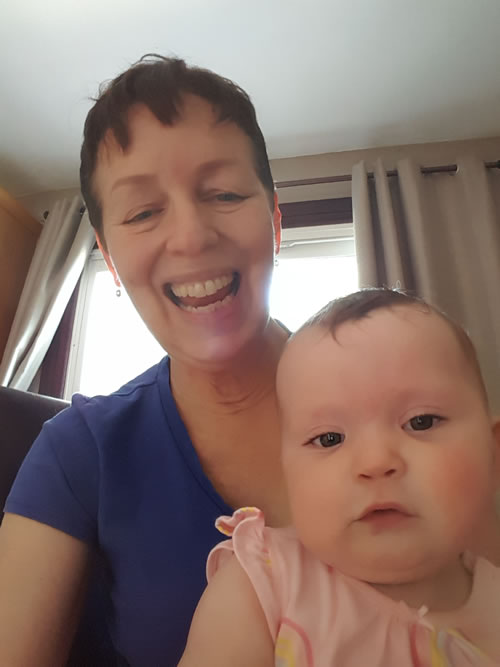 Chris and her granddaughter,
Eberlee. "My writer's life gives
me the flexibility to babysit
sometimes — which is
one of the funnest things
I can possibly do!"

When I started, it was AWAI’s Accelerated Program for Six-Figure Copywriting course and Circle of Success. They were a definite huge resource for me.

I didn’t have a lot of time to just grab a book and read. Every year, the AWAI Bootcamp and Job Fair event and some of the other seminars were like the CliffsNotes versions of books and information. You could soak in and get that knowledge in a really concentrated time and then go home and apply it … Equally important have been all the contacts and the friends I made there.

For example, working with Marcella became possible because I met her at Bootcamp. Another one would be Dan Kennedy’s information marketing seminar. I had the opportunity to sit in the hot seat and have Dan give me critiques, which is very unnerving but also a great learning opportunity. Dan recommended me, and I ended up working with Adam Witty and his team for a long time.

The one Bootcamp that really stands out is the one where I won the spec challenge with Clayton Makepeace. I won that spec and wrote my first financial promo, and ultimately that led me to being hired by Clayton to work at Weiss Research.

Wonderful. We all admired Clayton Makepeace so much. What was it like to work with him?

Where do you begin? In copy critiques, we would be lost laughing by the end of it because he just had a way of making it funny. He shared every bit of knowledge that he had.

He wanted you to succeed. And he was so kind and so patient with people. I was incredibly fortunate to work with him. I just loved working with him. Two of the biggest things that I gained were how to write with both emotion and logic. Because they’re both equally important, from the biggest sales letters to the smallest little lift notes.

He was so good at making you stop and look at a promotion from the emotional point of view and the logical point of view. And I’m going to miss him a lot … He influenced so many people and so many lives.

Absolutely. Do you have any specific advice or tips for new writers who want to have a career like yours?

Absolutely. I’d say get the basics, apply what you’ve learned, and keep learning, because that allows you to keep moving up … to work with more higher-end clients. It gives you the experience that you need for them to consider you as a writer.

Chris's Living The Writer's Life story was originally published in Barefoot Writer. To learn more about how you can start living your dream writer's life too, click here.