Living the Writer's Life: Frank Mitchell
This Guitar-Playing Former Truck Driver Is on the Road to Success
By Mindy McHorse 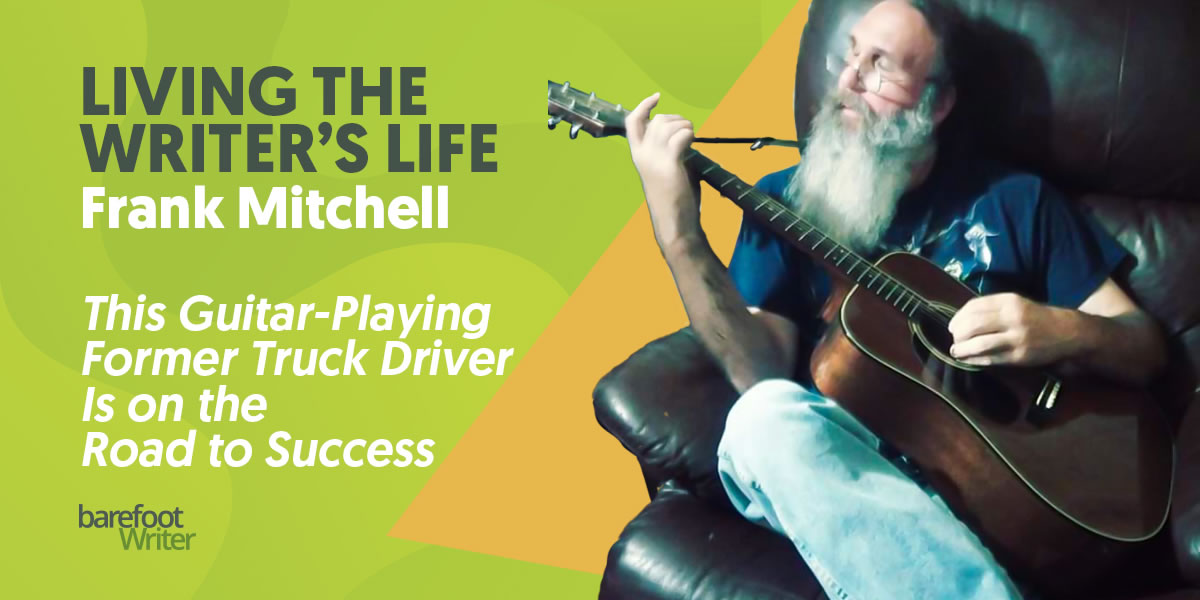 Frank loves to play the guitar in his free time.

You’ll often find Frank Mitchell relaxing and playing guitar. In fact, other musicians know him as “the fingerpicking guy” because of his skill at that particular style of play. Although music is a huge part of his life, Frank prefers to write in silence and is working hard to build his dream writer’s life. Read Frank’s story to learn how he leverages his experience as a truck driver and military veteran to connect with email and funnel campaign clients.

Can you tell me about your life before you got into copywriting? What triggered you to make the change?

I worked in the trucking industry for 13 years. I drove a big truck for about nine years, and then I got a desk job.

I didn’t hate my job, but I felt like I wanted to do something more creative. I’ve always been good at writing, but I didn’t think I could write a New York Times best-seller.

I found out about the Barefoot Writer Club from a Facebook ad. The idea that I could make a good living with basic writing skills struck a chord with me.

I first planned to build up copywriting as a side hustle. I love Steve Maurer’s story about how he built up his writing business to make as much as he does in his day job. I often daydreamed about the day when I could tell my supervisor, “I’m making more on my days off, so quitting just makes sense.”

It didn’t work out that way. I lost my day job in 2019. It was like trying to slowly immerse myself into a cold swimming pool, and somebody came along and pushed me in.

I got some of my first writing assignments on a platform called Scripted. Most of the customers are looking for cheap writers.

I wrote a few blog posts for a company that made shipping apps to use with e-commerce platforms like Shopify and WooCommerce. They had a hard time finding a writer that knew anything about freight and logistics.

Then I found a client that made gun holsters for concealed carry. I’m not a gun enthusiast, but I sold them on my military experience.

You’ve won the AWAI Writer’s Life ad contest twice now. Congrats! What is the biggest value you gain from participating in these types of contests through AWAI?

The Accelerated Copywriting course emphasized getting into the reader’s head, knowing their pain points and aspirations. I’d read the product reviews and find out the biggest reason customers bought the product.

The rules say that I have to deliver the message in 83 words or less, so it gives me a chance to practice being clear and concise. 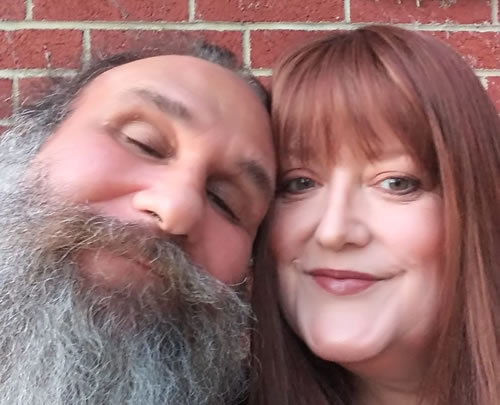 Frank and his wife, Kelly.

What type of client do you enjoy working with the most? What types of projects do you do for them?

I can’t say I’ve landed my ideal client. The truth is, I’m still not clear what he or she looks like. My knowledge of the trucking industry has opened some doors.

Recently, a trucking company found my website and reached out to me for some blog posts. The writers they worked with didn’t know anything about the industry, so they wanted to give me a try. I expected them to balk at my rates, but they didn’t. I sent the proposal, and in a couple of hours they said, “Let’s do it.”

Blog posts are the most in-demand projects. But I like writing email promos and funnel campaigns better. They’re short and fun to write. Plus, you can see the results right away.

What’s one of the most important lessons you’ve learned while studying copywriting?

I tell people they can think of me as a salesperson who works from a computer keyboard. But people don’t like to be sold. They love to buy, because it means they’re in control. So instead of selling, it’s about making a clear path to buying.

Do you have any big goals for the next five to 10 years that you’re willing to share with us?

I haven’t hit the six-figure income yet. But so many successful copywriters have stories of how they went from being broke and in debt to becoming wealthy writers. I want to have a story like that to tell.

Frank's Living The Writer's Life story was originally published in Barefoot Writer. To learn more about how you can start living your dream writer's life too, click here.