2021 October Writing Begins with an Idea… What’s Your “Mouse”?

Writing Success Begins with an Idea … What’s Your “Mouse”?
By Andrew Murray 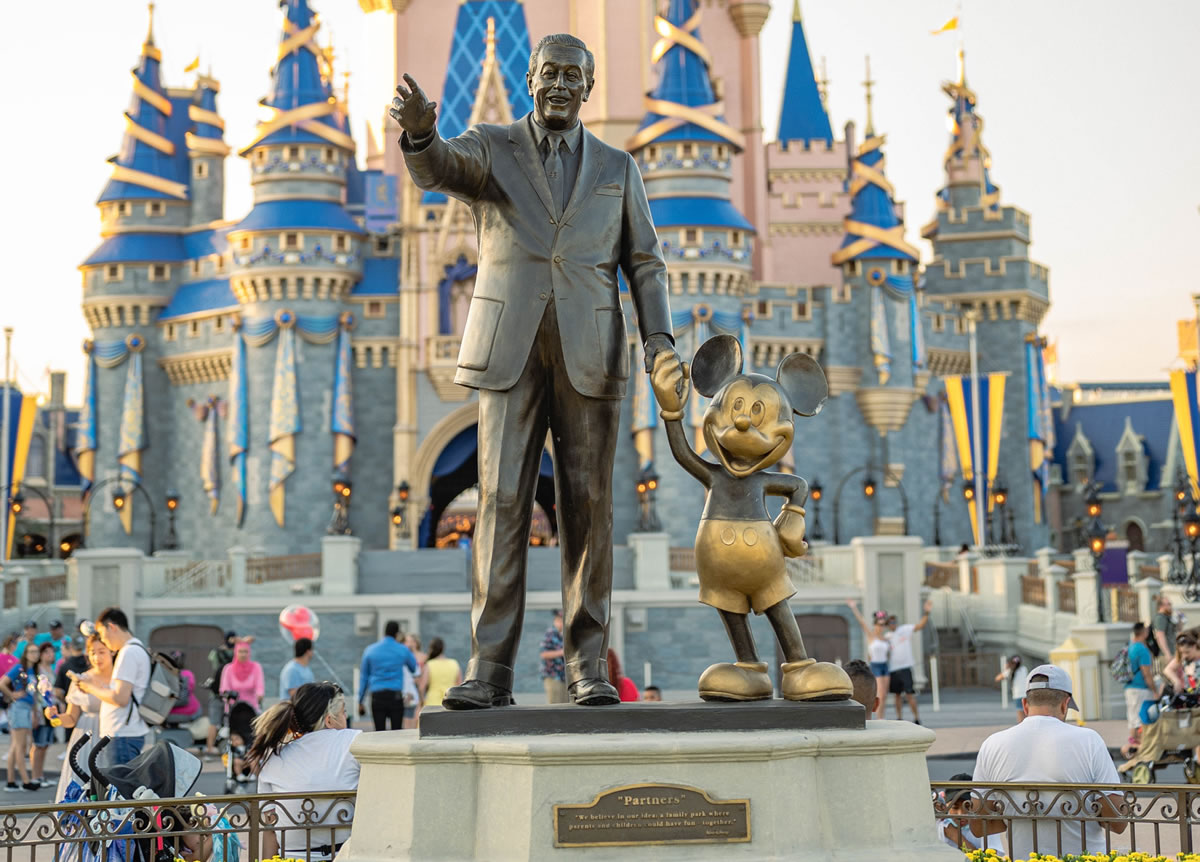 When Walt Disney had only been in business a few years, he lost everything due to the manipulations of a film distributor named Charles Mintz. He stole Walt’s highly successful cartoon character Oswald the Lucky Rabbit and most of the Disney artists — leaving Walt and his brother Roy with nothing.

Heading back to California from New York on the train after that massive blow, Walt Disney knew he needed a miracle or he and Roy were facing financial ruin.

His miracle started with an idea … a simple sketch of a mouse on the train stationery.

The mouse who popped into his head that day in 1928? The most famous mouse of all … the lovable Mortimer Mouse.

From the seeds of that one idea — and a name change suggested by Walt’s wife Lillian — Walt and Roy grew a global empire.

Fast-forward to today. Walt Disney World is now celebrating its 50th Anniversary, a mega entertainment complex covering over 42 square miles and attracting around 250,000 visitors every day.

And then there are the spin-offs … merchandise, water parks, luxury resorts, even a successful cruise line. Not to mention, of course, the multiple film and entertainment divisions now under the Disney umbrella.

According to Macrotrends, Disney’s total assets are now worth over $202 billion.

But as Walt Disney famously said, “I hope we never lose sight of one thing — that it was all started by a mouse.”

Walt's story illustrates that you never know where your ideas are going to lead.

Imagine, for instance, if Walt Disney had left his idea there. Imagine if he hadn’t acted on his vision. Imagine if he kept putting it off for another day … or if he let fear of failing again hold him back. Mickey Mouse and the mega Disney empire would not exist.

You have to take action, make a start.

What can you start with now, today? What “mouse” can you try and then keep growing and evolving?

If you just begin, who knows where it could lead?

Blogging is an ideal way to get started as a writer. Writing short, fun projects, you could be paid $100-$800 per post. But did you know some people earn seven-figures a year from their blogging?

Successful people see a gap in the market, an opportunity waiting to be filled. Then they act on it … they make a start.

Many have no idea where their journey will take them. But they do it anyway.

Here are two inspiring stories of people who started just like Walt Disney. They had nothing … except for a “mouse.”

Then they started blogging for themselves …

One day, Sarah Titus was living a modest middle-class life — husband, children, and a nice home.

The next, her life turned upside down.

Her husband of 14 years walked out on her and their children. She was desperate, facing homelessness and the possible removal of her children.

Sarah had no idea what to do, but she urgently needed to find a way to provide for her children.

Then she had an idea.

She started selling items on eBay. And she made enough to get by … just. Somehow, she was making ends meet on about $700 a month.

Sarah became an expert at stretching her budget. Her friends were intrigued and wanted to know more about her money-saving tips.

She started a password-protected blog, answering their questions and adding posts about ways to save money. Eventually, Sarah opened her self-named blog to the public.

And now, Sarah makes around $3.5 million a year through her blogging efforts.

Building a Life You Want

Holly Hanna decided to stay at home when she became a mother. Like most parents, she wanted to be around for her daughter rather than going off to a workplace.

But she also wanted to keep her mind active and earn an income from home. So she searched the internet, looking for viable options.

To her dismay, she found scam after scam. She knew there had to be legitimate opportunities out there somewhere. And she should be able to find them easily.

Holly had an idea.

What if she started a blog for women just like her? What if her blog listed all the legitimate income opportunities?

So she made a start.

Holly grew her blog, The Work-at-Home Woman, and is now a well-known influencer. She has appeared on CNN, The Huffington Post, Real Simple, Working Mother, and many more.

Sarah and Holly’s stories are inspiring, no doubt. They used blogs as a tool to reach a mass audience.

However, you don’t need to come up with a world-changing idea to be a successful blogger.

In fact, when Holly was starting out, she was also blogging for other businesses to supplement her income.

Another person who started as a blogger is Mindy McHorse, the Executive Editor of Barefoot Writer.

Mindy’s the original Reality Blogger for Wealthy Web Writer. How did she get started?

Mindy pitched to Rebecca Matter the suggestion that she chronicle her journey from earning just $24,000 a year as a writer to a six-figure income within 12 months, in what she described as a “warts-and-all Reality Blog.”

Rebecca jumped at the idea.

Mindy’s “mouse” was the Reality Blog. She had an idea, took action … and look where she is now!

Blogging is a super-easy way to get started as a well-paid writer. You can write your own blog to build a business, or you can write for other businesses.

Or you can do both.

Blogging is fun. (I speak from firsthand experience — I was the Wealthy Web Writer Reality Blogger for two years!) And businesses need blog posts regularly … ideal for retainer deals, and an ideal way to earn regular income.

The worldwide demand for content is huge … and growing. For example, right now there are nearly 16,000 job ads on LinkedIn for bloggers — and that’s only in the USA.

Sarah, Holly, and Mindy took very different paths on their journeys to writing success. But they all started with blogging.

There's nothing but possibilities — so long as you get started.

Blogging is a great path to pick. And once you make a start, who knows where it might lead to?

Do you have any questions about getting started as a blog writer? Let us know in the comments.