In 2010, Charlotte Hicks Crockett was traversing the country, speaking before rooms of insurance agents. While the work was rewarding – and paid well – where she really wanted to be was 100 feet underwater.

The North Carolina native has felt most at home in the water ever since she first began sailing and swimming in waters around Wrightsville Beach when she was a child. She received her scuba certification in 1991 and became a PADI Master Scuba Diver Trainer in 2007. She now dives regularly off the Carolina coast and in the Cayman Islands, capturing the sea life through her underwater photography.

“The depth around Little Cayman is 30 to 130 feet, depending on the dive site,” Charlotte said. “I do macro photography so I look for the baby fish and other little critters.”

But ambitious career goals have too often taken Charlotte away from the coast.

Just as Charlotte was looking for an alternative, her mailbox held the answer: a letter promoting copywriting programs from American Writers & Artists Institute (AWAI). As a freelance copywriter, she learned, she could work from home in Wrightsville Beach, North Carolina – or take her computer on a beach trip.

“When I realized I could do copywriting anywhere – and spend part of the year in Little Cayman if I wanted to, I said to myself, ‘I’m doing this,’ and committed a hundred percent.”

Committing 100 percent is the only way Charlotte does anything. In both her personal and professional pursuits, she’s always all in.

As a child, Charlotte became addicted to everything the water offered: sailing, waterskiing, fishing, and diving. But after graduating from University of North Carolina, Chapel Hill, in 1984, her career took her hundreds of miles from the nearest coast.

She spent 12 years in Dallas at Electronic Data Systems, working first as a computer programmer and then as a senior tax accountant for the Fortune 500 (#2 at the time) company.

Back in Wilmington, North Carolina, Charlotte’s father was nearing retirement and asked if she wanted to take over the family insurance business started by her grandfather in 1924. She agreed, and when she arrived, she found the agency in need of more than just leadership.

“The business was struggling because my father wasn’t a marketer or salesman; he was an engineer,” she said. “In business, everything runs around marketing and sales.”

Charlotte also knew very little about marketing, but she immediately began studying. She dug into online programs on marketing, sales, and copywriting through courses from Dan Kennedy and Bill Glazer, leaders in direct-response copywriting. Charlotte also acted on the letter she had received from AWAI, starting with the self-paced Accelerated Program for Six-Figure Copywriting.

For 13 years, Charlotte grew the family insurance business while serving as a regional voice for her industry. She sat on both regional and state insurance councils, and has frequently lobbied on industry issues.

But self-diagnosed with “professional attention deficit disorder,” she grew restless. When Charlotte unexpectedly received an offer to sell her insurance agency, she jumped.

After the sale of the business, she brought her first-hand knowledge about business success to insurance agents nationwide through speaking and consulting. However, the job kept her on dry land.

When the relentless travel involved in consulting became too much, Charlotte made the decision to try a career in copywriting. She could make a good income, and live and travel where she wanted.

She joined Circle of Success, giving her lifetime access to all AWAI programs, including the popular, annual FastTrack to Copywriting Success Bootcamp and Job Fair.

“AWAI’s live events are where big leaps happened for me,” she said. “Learning information from the speakers and connecting with other Circle of Success members was really important. They walk you through key parts of copywriting and really give you more in-depth knowledge.”

Charlotte named her business Green Flash Marketing after the auspicious green spark of light that appears over the ocean just as the sun dips behind the horizon in the tropics. Like a green flash for her clients, Charlotte offers marketing strategy and copywriting to businesses in the insurance and info-marketing markets. Her varied output includes SEO-optimized web copy, sales letters, and newsletters.

She’s also parlayed her insurance knowledge into information products, such as the Total Financial Control System for insurance agencies.

More recently, Charlotte joined the team at AWAI as managing editor of B2BWritingSuccess.com, and managing editor for Professional Writers Alliance, an AWAI organization.

Charlotte has cultivated her client base largely by attending AWAI events, local meetings such as Rotary, and insurance industry gatherings, where she can network face to face. The target: marketing professionals too busy to do the writing themselves.

“I’ve gotten nearly all my clients through personal relationships,” Charlotte said. “Talking with someone one-on-one at an event or being referred by someone who knows me.”

Though Charlotte initially had a few insecurities about her value as a copywriter, confidence came from driving results for clients. A consulting project for a client quickly added $100,000 to the company’s bottom line.

South for the Winter

Charlotte has increased her income every year since striking out as a freelance copywriter. Most important, she has the flexibility in her schedule to balance client projects with diving and teaching scuba lessons during the warm North Carolina summers.

In the winter, she heads to the warmer waters of the Caymans for dive photography trips. Next, the certified underwater photography instructor is shooting for a schedule of more than four months annually in the islands.

“I really hate an inflexible schedule,” she said. “That’s why copywriting is such great fit. I can write in the morning and dive or teach in the afternoon.”

Ready to pursue the writer’s life? Learn more about the program that launched Charlotte’s career, The Accelerated Program for Six-Figure Copywriting. 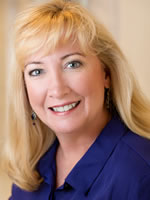 “When I realized I could do copywriting anywhere – and spend part of the year in Little Cayman if I wanted to, I said to myself ‘I’m doing this,’ and committed a hundred percent.”