Back then, if you had told him that he’d soon be an in-demand copywriter, he probably wouldn’t have believed you. Technology was all Les had ever done – for three decades.

But 60-hour work weeks and being on call 24/7 diminished the quality of his life and health.

“I was absolutely burned out,” he says. “My pager was buzzing every night.”

A Knack That Turns into a New Career

Back in 1985, the native Texan had earned his computer science degree, and immediately began working his way up the software career ladder, from entry level to director of software development.

Les survived the tech downturn of 2002, but in 2005, his employer, an Internet service company, eliminated his position. While unexpected, the job loss gave Les and his partner an opportunity they had long envisioned: a chance to live internationally. The two moved to Puerto Vallarta, Mexico, where Les, semi-retired, picked up a few IT consulting gigs here and there.

Prior to moving, Les had received an email from American Writers & Artists Inc. (AWAI) that planted a seed. The email simply asked, “Can You Write a Letter Like This One?”

Les looked more closely at AWAI’s Accelerated Program for Six-Figure Copywriting. While he had never written professionally, he had scored good grades in English classes and had always written as part of his job. “In the technology field, you have to explain and sell technology concepts to those writing the checks. I have an interesting knack for making the complex simple,” he says.

Yet once in Mexico, Les got busy with IT consulting and life, while the Accelerated Program stayed packed away.

Bootcamp: A Much-Needed ‘Kick in the Pants’

When Les returned to Dallas for a consulting gig, he ran into a former colleague. Soon, he was back in his old IT job – and back into a routine of long hours. Thus, when he rediscovered the blue Accelerated Program folder while unpacking, the timing could not have been more ideal. “I always thought I would come back to it later, and ‘later’ became years,” he says.

This time, Les began the program in earnest. To kick off his new career, he decided to attend AWAI’s biggest annual event, The FastTrack to Copywriting Success Bootcamp and Job Fair in Delray Beach, Florida. There, he joined hundreds of fellow copywriters – some new like him and others industry veterans – for several days of learning and networking that left him fired up.

Coincidentally, while at Bootcamp he received an email with feedback on one of his Accelerated Program assignments. “The reviewer said, ‘This is one of the best letters I’ve seen in a long time,’” Les recalls. “I was on cloud nine. That, more than anything else, gave me the confidence that I could do this.”

When Les returned home, he resigned from his IT job, built a website to promote his copywriting, and began prospecting. Meanwhile, he consulted freelancing coach Ed Gandia for business-building ideas. Ed encouraged him to set stretch goals. For one, he decided to attend Bootcamp again, and join in a Copy Challenge. To his surprise, he won, earning $1000. Once again, Bootcamp had moved him a step forward.

“I had been somewhat coasting that year, so being called up on stage as a winner of a Copy Challenge was a kick in the pants for me,” he says.

After Les updated his LinkedIn profile, a B2B technology marketing agency reached out and engaged him to write brochures and blog posts. Solid copy and good ideas expanded the workload to ebooks, white papers, web copy, emails, case studies, and eventually rewriting much of the firm’s online content.

A Full-Time Job – with the Benefits of Freelancing

Les’s deepening value to his client led the firm to offer him a coveted retainer agreement. Working just part time, he was earning $5,000 a month, leaving plenty of time for other freelance projects. But they wanted more of him, and invited him to join the agency full time.

“I had started to feel like part of the family,” he says. “But when they asked me about coming on full time, I was both elated and terrified at the same time.”

How could he go back into a job? Just a year or two before, Les had deliberately set out on his own, and was finally enjoying the perks of freelancing – setting his own schedule, choosing his own projects, and working from anywhere. But the chance to be part of such a creative team – not to mention a guaranteed paycheck for doing what he loves – held a definite appeal.

When he reached out to Rebecca Matter, President of AWAI, for advice, she reminded him that there’s no single definition of success. Other writers he consulted echoed that view. “You would not believe the outpouring of support from AWAI,” Les says. “They were genuinely happy that I had such a great opportunity.”

Les went on to negotiate employment terms that would allow him to preserve the best parts of both freelancing and full-time work: working from home most of the time, flexible hours, plenty of paid holidays and vacation, an annual bonus, and the ability to take on other clients in his spare time.

In the span of three years, Les went from being a senior software director to being a senior content manager, where he’s on track to earning six figures this year—this time as a copywriter. “And, while taking this position was the next step in my own writer’s life,” says Les, “it definitely won’t be the last.”

He credits AWAI with being there to nudge him forward when it mattered most. “Whatever I needed, AWAI offered,” Les says. “They taught me elements of persuasive copywriting as well as the details of writing for specific projects. It’s been one of the reasons I’ve been able to double and triple my income. When my client or employer needs something, I find the right program, learn, and add value.”

Ready to pursue the writer’s life? Learn more about the program that helped launch Les’s career, The FastTrack to Copywriting Success Bootcamp and Job Fair. 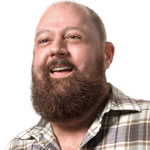 “Whatever I needed, AWAI offered…It’s been one of the reasons I’ve been able to double and triple my income. When my client or employer needs something, I find the right program, learn, and add value.”

Member:
Les Worley
Location:
Dallas, Texas
Other Careers:
Software, IT
How He Got His First Client:
After Les updated his LinkedIn profile, a marketing agency engaged him to write copy for its technology clients.
Top AWAI Programs: