Real estate was supposed to be Mike Connolly’s ticket to financial freedom. But instead, it left him buried in debt.

The turning point came on a cold, January morning in 2009.

“My accountant informed me we were $600,000 in the hole and bleeding $35,000 every month,” Mike said. “Real estate sales had fallen off a cliff. With no money coming in and debt piling up, bankruptcy seemed the only way out. I’d gone from being worth a couple million to less than a panhandler.”

Yet there was no time to sit back and regroup. Mike had bills to pay and a special needs son at home to support. He knew one thing though: His next career would entail less “windshield time” and more family time..

A few years back, Mike had left a successful, 20-year career in sales to pursue his dream of owning a business. Now with the business in ashes, he had to start over – from scratch.

Fortunately, the seeds of Mike’s next career – copywriting – had been planted long ago; he just didn’t know it. In his teens and 20s, as leader of a band, Mike had penned copy to land gigs and bring in fans – and did quite well at it.

“I was good at hustling gigs,” he says. “Promoting the band with flyers, news stories and whatnot was just part of the drill... I had no idea there was this profession called ‘copywriting.’”

Also piquing his interest, Mike had met a copywriter where he lives in Boulder, CO. “He was building a beautiful house in an expensive part of town, clearly making really good money working from home,” he says. “I was fascinated.”

But how could Mike go from zero to a copywriting career that paid the bills?

Enter Mike’s “2009 Disaster Recovery Plan,” featuring copywriting as the foundation. Over the course of a few years, Mike steadily advanced his career, putting every extra penny into learning the craft. He began with programs from legendary copywriter, Dan Kennedy.

In his studies, Mike had also heard a few mentions of American Writers & Artists Institute (AWAI). After listening to a talk by Mark Ford, one of the founders of AWAI, he decided to take a closer look at what the organization offered.

“Mark’s book, Seven Years to Seven Figures*, was especially meaningful to me at the time, and still is,” he says. “I figured, if he was involved in AWAI, there must be something to it.”

When Mike checked out AWAI online, he found what he’d been looking for – comprehensive copywriting instruction from some of the top names in the industry. Mike soon joined AWAI’s Circle of Success (COS), giving him lifetime access to all AWAI programs.

COS delivered the just-in-time training Mike needed. When he wanted to learn about website optimization, AWAI covered it. The same went for sales letters, email copy, pricing strategy and more. Steadily, he filled in the gaps in his knowledge – and his income. He also credits AWAI with helping him learn to write fast, yet effectively.

When the opportunity arose, Mike took a gig running marketing for a friend, where he gained on-the-job experience writing a high volume of emails and other copy, while continuing to study copywriting on the side.

Despite being a longtime salesman, Mike had much to learn about how to market his copywriting business. “Gee, someone doesn’t just give you leads,” he says. “It’s one thing to be a great copywriter, but another to make it happen from scratch, to bring business in. It was pretty intense for a while.”

Mike found his favorite method of marketing: networking. That’s how he picked up early jobs from some of the top names in the industry. One of the first came from Robert Skrob, founder of the Information Marketing Association, an organization Mike had joined. Robert tapped Mike for the copy for an entire campaign, including landing pages, web copy, emails, postcards and more. “That project was a Godsend, a first foot in the door,” he says.

Twice, Mike has headed to Florida for AWAI’s FastTrack to Copywriting Success Bootcamp & Job Fair, an annual event that brings together hundreds of copywriters, instructors and clients looking for writers. There, a designer friend introduced Mike to another top copywriter, David Deutsch. Conversations soon led to a project with David, allowing Mike to learn from one of the best.

“Working with David was amazing. I’d give the piece my best shot, then he’d blow my mind with his bolt-from-the-blue, dead-on ideas,” he says.

While in the marketing job, Mike had learned to use Infusionsoft software – knowledge he wisely decided to leverage. By becoming an Infusionsoft consultant, Mike immediately joined a community of thousands of small- to mid-size business owners that needed help with both the software and copywriting. Mike could craft the copy for entire campaigns that the software would execute, and advise clients on the ins and outs of doing so.

Having made himself a valued part of the Infusionsoft community, the company has often hired him to write copy for their “Implementation Accelerators.” Small business owners from around the world attend these hands-on workshops where Mike and a handful of other creative professionals help them build their automated marketing campaigns. On occasion, these business owners, in turn, have retained Mike for their ongoing copywriting needs. Through that and other marketing efforts, he maintains a full calendar with a variety of projects for coaches, consultants and professional service providers.

Today, Mike has progressed well along on his recovery plan and expects to crest six figures in income this year. That’s with just three days a week dedicated to client projects, with the rest of the week for administration and marketing. He even fits in yoga and visualization first thing in the morning, and swimming most afternoons. Moreover, he has the flexibility to help his son during the workday, if needed.

Mike’s next target: $250,000 annually, a goal he fully expects to reach given his dedication.

“My copywriting career has been like a snowball, gathering momentum and mass as it rolls to where I am now – close to six figures,” he says. “AWAI has been essential in helping me really hone my chops as a communicator and serves as a wellspring of ideas.”

Ready to pursue the writer’s life? Learn more about the program that launched Mike’s career, Circle of Success. 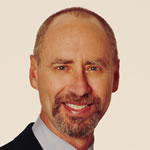 “My copywriting career has been like a snowball, gathering momentum and mass as it rolls to where I am now – close to six figures. AWAI has been essential in helping me really hone my chops as a communicator and serves as a wellspring of ideas.”

Member:
Mike Connolly
Location:
Boulder, Colorado
Other Careers:
Sales, real estate investment
How He Got His First Client:
A member of the Information Marketing Association, Mike was hired by the founder himself to create an entire campaign.
Top AWAI Programs: