2016 January Earn a Living as a Copywriter and Retire Early 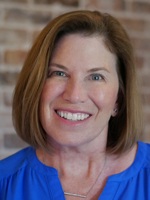 In this week’s The Writer’s Life, I promised you I’d answer the questions I get asked most frequently in my role as AWAI’s Executive Director.

But first, a little back-story regarding the second question.

For a number of years, this was the headline for our control (our main sales letter):

… and Still Make More Money Than Most Doctors

You Can Do It — Once You Know the Proven Secrets to Writing a Simple Letter Like This One.

AWAI Co-Founder Paul Hollingshead wrote it. And it was very successful.

Although it’s no longer our control, many people still want to know …

“If I buy your copywriting program, can I really retire this year?”

Here’s Paul with his response …

“When I sat down to write the ‘Retire This Year’ sales letter for the AWAI copywriting program, I was writing very much from an ‘If I can do it, so can you’ perspective.

“You see, I’ve always loved the idea of writing for a living, so about 20 years ago now I answered an ad: ‘copywriter wanted.’ Of course, I didn’t know what copywriting was back then, but I soon learned it was writing that persuaded people to take some kind of action, whether it be buy a product, support a cause, or request more information. I bought a few books on the subject and read them — Bob Bly’s Copywriter’s Handbook and another by legend Gene Schwartz. But the smartest thing I did was gather up a handful of the most successful sales letters of the last dozen years, lock myself in a room, and study them like crazy.

“I learned enough to win the job, though it was made clear: Write successful letters or you won’t be here long. So I kept on studying letters I’d be expected to write, writing them out word for word, getting a sense of the structure and the tempo and rhythm of the writing. Along the way, I picked up little tricks for making copy stronger, more readable, more persuasive. And I got some perspective on how the whole industry works by talking to marketers and other writers. (All this and more we’d later pour into the Accelerated Program for Six-Figure Copywriting.)

“I have earned six figures since going freelance, which is 18 of the 20 years (averaging somewhere in the ‘late’ $200Ks, early $300Ks). I don’t advertise. I don’t have to prospect for work. I don’t have any hard costs: office supplies (except maybe paper and printer ink), a website, legal fees, subcontractors, and so on. I do have a cell phone and a laptop, and I pay an accountant every year to do my taxes, but I suppose I’d have those expenses no matter what I was doing for a living.

“In fact, one of the pieces of advice we give people who buy the program is to focus first on the writing. Avoid the temptation to delay your success by setting up an office, loading up on supplies … getting the things you don’t really need that make you ‘feel’ like you’re in business. All you really need — and it’s no different from any of the copywriters I know personally — is a laptop, an Internet connection, and a comfortable chair. The rest is really just window dressing.

“I did what our program highly recommends all copywriters try to do: I hooked on with one client (a financial publisher) with a never-ending need for copy. As a result, I’ve never been without a paid project to work on in 20 years. And because I’d like to think my work had an impact on the growth of that business over time, my income was able to grow with it.

“Still, despite this success, I don’t consider myself a great writer, in that I could never sit down and write a book anyone would want to read. And even in my own field, I still see letters from copywriters that are miles better than my best stuff that leave me wondering ‘How could I ever top that?’

“So you see, because of what happened to me, I’m convinced that if you have very basic writing skills — and you really, really, really want to become a copywriter — you can do it.

“In fact, I’ll even go as far to say you can do it without the AWAI Accelerated Program for Six-Figure Copywriting. All you really need is a stack of successful direct response letters — the kind you want to write — and a full month to study the hell out of them. By that I mean, write them out longhand, two and three times. Learn the structure. Feel the tempo of the writing. Try to improve on them. Develop your own style.

“Having the AWAI Accelerated Program for Six-Figure Copywriting just makes the process easier — by taking you step by step through the process, offering up some good industry perspective, and feeding you the tips and strategies you need to write a good, structurally sound sales letter, as you need them. In other words, we hold your hand in the beginning … speed up your learning … offer support when you need it.

“But I digress. Because I don’t believe that when people ask us if they can, in fact, retire within a year, they’re questioning the content or quality of the program.

“Their concerns lie with a writer’s ability to come into this profession and make six figures. All I can do is tell it to you from my perspective — and the perspective of the many folks who’ve taken the AWAI program who tell us they’re earning nice six-figure incomes too. And don’t forget — I consider myself ‘second tier’ at best. I know copywriters who are making $500K to a million a year writing nothing but sales letters.

“Does it happen automatically? Will it happen for everyone? No. Like anything else, the more motivated (or desperate, like I was) you are to succeed, the more successful you’re likely to be.

“Legendary copywriter (and AWAI contributor) Dan Kennedy said it best: ‘Isn’t it curious how many people speak ambition but how few act on it?’

“We’ve learned throughout 19 years in the business that 8 out of 10 people who buy our program don’t even open it up. Those who do put in a minimal effort. Indeed, we’ve had some of our most successful members come to us and say, ‘That program sat on my shelf for five years. It wasn’t until I had to make a change that I made this happen.’

“Others, we were surprised to discover, were less interested in earning six figures than they were in having the stress-free lifestyle freelance copywriting can give them. No more bosses. No more commutes. No one looking over their shoulder. And if that means earning $40,000 or $50,000 working for a few small clients in their hometown, they tell us, they’re happy enough.

“And finally — so there’s no misunderstanding — the title ‘Retire This Year’ was not to suggest you can make enough money writing letters over the course of a year to ‘retire.’

“The idea there was to illustrate that writing from home was like having a ‘retirement’ lifestyle.

“No alarm clocks to wake up to. (I’m usually an early riser — except after a late-night hockey game with guys who are getting way too young and fast for me!)

“Write when you want to. (I write about four hours a day … not by choice necessarily — it’s because that’s about all I can do in a day. If I was one of those writers who can write coherent copy seven, eight, nine hours a day — I would, and likely double my income!).

“The rest of the day, I putter around — answering emails, doing things around the house, round of golf in the afternoon, and so on. Just how I describe in the ‘Retire This Year’ letter … (But, that’s not to say I’m not thinking about new promotional ideas while I’m doing these things … )

“So back to the core question. Can anyone do it? Can anyone earn a six-figure income writing sales letters? I believe they can, so long as they have 1) basic writing ability, and perhaps most importantly of all 2) the drive and motivation to master the tricks of the trade and be successful.

“I believe this because I’ve done it — and countless people who’ve taken AWAI’s Accelerated Program for Six-Figure Copywriting have as well.

“And here’s what makes everything I’ve told you entirely moot:

“As is company policy, if you buy the program, you have a full year to try it out. And if over the course of that year you decide copywriting isn’t for you —one call (or email) to AWAI’s Member Services gets you every dime of your money back.”

If you’ve had these same questions, I hope Paul has helped answer them for you.

And while I’ve covered the most frequently asked questions these last few days — I know there are always more!

So if you have any other questions you’d like to ask me — or anyone here at AWAI — please add them to the comment section below.