If You Want a Reliable Income as a Writer, Go Where the Growth is
By Nick Usborne 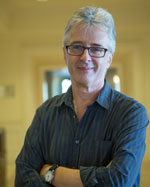 It’s named after the famous bank robber, Willie Sutton who, when asked why he robbed banks, famously replied, “Because that’s where the money is.”

Ask me where I think online writers and copywriters should focus their attention and I’ll give pretty much the same answer.

But you should go where the money is.

The first step in that journey — for writers — is to move from offline writing to online writing.

Billions of dollars a year are moving away from traditional, offline marketing channels like print ads and radio commercials. That money is now flooding into online marketing.

Once in the online world, it’s time to do a little detective work and sniff out where the greatest growth is taking place.

Well … using advertising spending as a marker for growth … you’ll want to focus your attention on social media.

Figures like that show you where the growth is … AND where the money is.

In other words, if Willie Sutton were a copywriter or content writer, he’d be all over social media writing right now.

But for me, the fact that there is a ton of money in social media right now is just part of the story.

It’s the constant and accelerating growth of spending on social media (and social media writing) that really catches my attention.

How come? Because that kind of growth speaks to me of constancy and reliability.

And that means I can RELY on making a good income from social media writing for many years to come.

Some people see me as a risk taker …

I was one of the very first to hang out my shingle as a freelance online copywriter, way back in 1998.

And I was all over social media from its very early days.

Sometimes people ask me why I took the risk. Why risk being one of the first to become an online copywriter? Why risk investing so much time in social media back when most pundits saw it simply as a trivial waste of time?

The truth is, I’m not a risk-taker at all. Quite the opposite. I’m hugely risk-averse. I go to great lengths to minimize the risks in my professional life as a freelancer.

To my mind, back in 1998, it would have been an unacceptable risk NOT to move over to online copywriting.

I wasn’t taking a risk at all. I was removing risk.

The same goes for my emphasis on social media writing and marketing.

No risk there at all.

When you focus on social media writing and marketing, you’re mitigating risk. You’re pointing yourself in the direction of future growth.

You’re being the Willie Sutton of freelancing — you’re going where the money is.

The articles will be about social media, and the opportunities it offers online writers.

But that’s not all. You’ll see a secondary theme running through the articles.

And that secondary theme is all about creating a reliable income for yourself.

Goodness know, we all have enough to worry about in our lives. And most of us have some worries when it comes to our finances.

So the idea of a RELIABLE source of freelance writing income becomes particularly attractive.

I’m going to really enjoy writing to you, because like I mentioned — in spite of what some people say — I’m not a risk taker. Quite the opposite. I’m all about risk mitigation.

I’m a huge fan of working on social media projects because they offer a reliable source of income on several different levels.

In this, the first article, we saw how billions of new dollars are flowing into social media marketing each year, and how that is a massive marker for stability and reliability.

In the next article, we’re going to explore another attribute of the social media business that doubles down on its value as an utterly RELIABLE source of income for freelancers.

5 Responses to “If You Want a Reliable Income as a Writer, Go Where the Growth is”