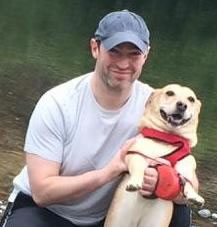 Mindy: As a kid, what did you dream about becoming when you grew up?

Ben: When I was really young, I wanted to be a scientist. I’m amazed I didn’t accidentally kill myself when I’d spend hours in the bathroom mixing various liquids in the medicine cabinet together, trying to create something that would make the dry ice-like effect where it looks like smoke is coming out of the container.

How did life as a writer come into the picture?

Later, when I got older, I discovered comic books and got obsessed with them. I used to write comic book stories but could never find anyone to draw them. So I started teaching myself to draw so I could see what my stories looked like. Unfortu­nately, my artistic skills were never very good (I’m too much of a slacker to be an artist — which takes a lot of discipline).

But I still enjoyed the writing part and started hav­ing dreams of becoming a screen writer. In fact, when I made it to community college, for my first English 202 class, I wrote a paper on how to write a screen play. Incidentally, the research for that was immensely helpful later on in life.

For example, I treat my sales copy and fiction writing like screen plays. I want people to see in their heads what I’m talking about because peo­ple think in pictures, not words. I want my sales copy to feel like they’re watching a movie (in their heads) about something that’s super fascinating to them. So it’s not just a lecture or dry facts — it’s an experience. Something they can’t get out of their heads until they buy …

You started out as a direct-response copywriter for clients and switched to writing emails for yourself. Why the change?

From the very beginning, I never really wanted to be a freelance copywriter. I did it to pay the bills. My goal was always to build a business and be my own client, to make money writing just for my own products, without any clients or having to filter my work through anyone else. I just hate authority of any kind and can’t help it.

It just so happens that early on in my career, I was on Matt Furey’s email list. I was in awe (still am) of his lifestyle. Here was a guy who got up each day, wrote an email, and then was basically done. And he had built a rather large seven-figure business doing that. So I spent the next several years try­ing to build a similar type business.

I studied everything I could find by him. It’s the foundation of everything I still do today in email. I veered away from a lot of what he teaches and does to make things fit my personality and goals. But the foundational stuff is there — infotain­ment, mailing daily, treating email like talk ra­dio, etc.

Anyway, it didn’t take long after apply­ing what I learned and putting my own twist on things that my sales went through the roof, as did sales for clients when I did their emails. In fact, even when I sold products without using a sales letter, I got sales because the emails were doing all the heavy-lifting.

Had that been your goal all along?

I had no intention of even creating an email prod­uct. People were just observing what I was doing, finding themselves buying, and wanted to know how I was doing it.

Then, one day I got the idea to create a print newsletter where I could keep teaching all these new discoveries.

Since then, I haven’t done any client work and mostly just teach email (although I still teach copywriting too, it’ll always be my first love so to speak). My goal to make money writing with a Furey-esque busi­ness model was accomplished. I never could have done that by just being a copywriter and without using email.

What does a typical “workday” look like for you?

A typical day for me involves waking up to my long-suffering dog (her name is Zoe) demand­ing to be let out, gagging down a couple fistfuls of health supplements, and then beating on my wooden Wing Chun Kung Fu dummy for a half hour or so. After that, I go to my office downtown on the coast.

What I work on depends on what I have go­ing. The ideal day is just writing an email and then goofing off walking my dog on the beach, wine tasting, taking a road trip, or just puttering around the house (I enjoy solitude).

But, sometimes I do other things, too. Like record­ing my podcast, writing my Email Players newslet­ter, working on my next novel, checking in on and participating in one of my private Facebook groups, answering questions for paid newslet­ter subscribers, or traveling around the country speaking, which I’m starting to do more of.

The one thing I always do each day though, is write an email. It’s the one activity that drives my business — what Gary Halbert called “Operation Money Suck” — where you always do the one thing you’re indispensable at that brings in the money.

What else do you do to blow off steam in Oregon?

I love walking my dog on the beach. She’s get­ting older, so I like to do this as much as possible while she’s still here. I also do my best thinking and learning while walking her (listening to mar­keting and business trainings).

I love hanging out in Old Town Bandon where I live. It’s small, but has lots of cool little shops and a few decent places to eat and hang out. My dad lives in the same town and I enjoy hanging out with him down there. We like to golf, too.

But mostly, I’m very much an introvert and a homebody. My home is my castle and I enjoy just hanging out alone with my dog.

How do you stay on top of all your ventures?

My business model is so dirt simple, I don’t use anything for productivity except a 3x5 note card that I divide up into five sections with a pen (Mon­day-Friday) and write what needs to be done each of those days.

Who’s had the biggest impact on your life?

Hands-down, the biggest influence in my busi­ness life has been Matt Furey. I would probably be pumping gas down at the local Chevron if it weren’t for him, his teachings, and the inspiration he gave me, especially when times were really lean and all I had was a vision of what I wanted to do (create a thriving business and make money writing just one email per day). I’ve never met the guy except via exchanging a couple of emails.

But through observing his business, I’ve learned the power of consistency, of not being afraid to use my personality in my marketing to the max, of not being afraid to be controversial, of not car­ing if someone is offended by something I say (which stops a lot of people — everyone is of­fended by everything these days — if someone is offended, it’s not your problem, it’s theirs), of creating a business that suits my lifestyle, and the list goes on.

Other people who have had huge influences on me are the late Gary Halbert, Gary Bencivenga, Ken McCarthy, the late Bruce Barton, Joe Vitale, Gene Schwartz, and Dan Kennedy … There are more, but those are some of the ones who stand out the most.

How do you prep for an email-writing session?

I don’t — I just sit down and pound away on the keyboard. It’s pretty automatic now that I’ve been writing daily emails for almost 10 years. Writing begets writing. The more you write, the more writing you’ll do and the easier it gets. At least, that’s been my experience.

I’ve never understood people who find writing so torturous where they liken it to slitting your wrists and bleeding all over the page. If what you’re writing isn’t fun, then throw it out and write something that is fun. It should never feel like a chore if you do it right.

What does success mean to you?

Being able to do what you want to do, when you want to do it without having to answer to anyone else. Just being free on the earth without debt or financial burdens bogging you down. Not the most profound definition, maybe, but it works for me …

What’s your number one piece of advice to someone who wants to break free from work­ing for someone else and make money writing?

The mountain-smashing power of consistency.

He also has a big wall calendar where, every day after he writes a joke, he puts an X through that date. And then, the same the next day. And the same the day after that so it was like a chain of X’s through the month.

He said he never broke the chain. And as long as he didn’t break that chain, he would keep experi­encing success.

No matter what you do, what kind of business you have, what your goals are … do it every day. Want more writing clients and to excel at your craft (whether writing for clients or yourself)? Then make it a goal to write for an hour each day. That’s it.

Make it a goal to do that each day, and before long, you’ll have so many clients and be so pro­lific, you’ll have to start turning some away (or be forced to raise your prices). It’s the most reli­able and predictable (and simple) way to experi­ence mass success that probably has ever been invented.

And the best part is, it’s free.