Interview with a Barefoot Writer: Pam Neely
By Mindy McHorse 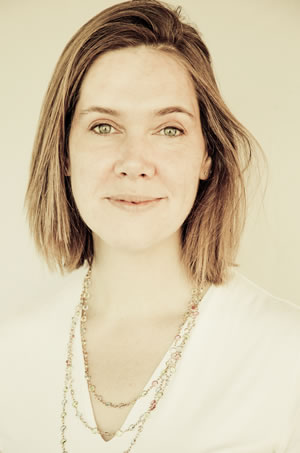 “Better to have persistence and a killer work ethic than talent. It breaks my heart how many talented people I see … doing darn near nothing with their gifts.”
— Pam Neely, Author and Internet Marketer

Award-winning writer Pam Neely has been using words to sell things online for the last 20 years, making her one of the most well-rounded writers I’ve ever had the pleasure of interviewing. It began when she published 21 poems in small literary magazines by age 17 and then proceeded to win a New York Press Award for a feature article written while she was still in college.
From there, Pam went to work at the publishing house GP Putnam, followed by work on a trade magazine and then at an arts and lifestyle magazine.

After that, she moved to work for a small book catalog called A Common Reader.
It was there that Pam first was able to merge her love of writing and communication with the then-new advantages of the Internet, growing her client’s website sales from zero to over 20% of total catalog sales. She also launched the company’s email newsletter, again increasing sales, which propelled her into a full-fledged love of Internet marketing.

Pam went on to fill the roles of copywriter, project manager, and pay-per-click manager before launching her own marketing company and later venturing into website publishing and email marketing. She is also the author of 50 Ways to Build Your Email Marketing List.

As a “serial entrepreneur,” Pam assembled and sold gift boxes of edible gold dust, frankincense incense, and myrrh-infused shea butter right out of her New York studio apartment. She once ran a used bookstore through Amazon.com and even made money growing freshwater ornamental shrimp at her home office in her current residence in Santa Fe, New Mexico. Enjoy her frank take on navigating her passion for writing and freedom, as well as her advice on the key writing and nonwriting skills needed to excel in the world of paid writing.

You were published early — 21 poems by the time you were 17. Since you started submitting your writing at such a young age, did you struggle with self-confidence or was it easier to just “go for it” before adulthood?

I’m not sure how much it had to do with confidence. The drive to write was burning a hole in my head, so I did it. But I didn’t want it to stop at my desk — just having a stack of poems in a drawer bothered me.

So I got a copy of one of those huge directories of places that accept poetry and started sending out packets of poems. I kept a really crude record of which poems had been sent where and just kept sending them out again when they came back.

It was just kind of a project I had.

Usually, I have an awful time starting new habits or finishing things, but every once in awhile, something just sticks, and I follow it through. That was one of those things. A few years earlier, after a particularly bad gym class, I decided to learn how to juggle. And I did. That was another one of those weird things that stuck. 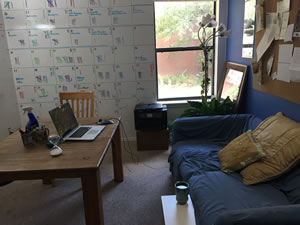 What are some of your favorite e-letters you subscribe to?

They’re almost entirely for work. With my deadlines, there isn’t a lot of extra space for side reading. But … I do like the Science of Us. And James Clear, Belle Beth Cooper, Austin Kleon, Paul Jarvis, and The Lenny Letter. Ann Friedman’s emails are fun, too.

You have a history of tackling projects that might seem daunting to others — like building an entirely new website for your employer when the Web was still new, tackling SEO before it was a “thing,” and launching an email newsletter from scratch. What would you say is the most useful quality for taking on tasks like that?

I think it helps to have an unrealistic belief in what you actually can get done, then follow that up with a personal code of at least trying to do what you say you’re going to do. Plus, a natural love of chaos and a streak of perfectionism.

I love huge, complex, success-is-not-guaranteed projects. Kind of in the same way it thrills me to run off a cliff when paragliding (You get to run off a cliff! And you get to live! Woo-hoo!).
Huge projects require a lot of creativity and project management skills. Every book, for instance, is a huge project. These also require a lot of work. I actually like work. I like deadlines, and drive, and being consumed by the process. It’s kinda more fun than regular life.

Though you (I) have to be careful, because that kind of overdrive causes burnout. As I’ve gotten older, I try to avoid the straight-out, huge, crazy-deadline projects. I love them — like a siren song
— but they’re not entirely healthy.

Of all the types of writing projects you’ve excelled at throughout your career, do you have a favorite?

It has to be writing books. I love the big view and the immersion of writing books. Big research projects are pretty cool, too. As soon as my student loans are paid off, I probably will take another shot at a book.

What top three writing skills would you suggest someone learn if they’re new to the world of paid writing?

I’d have to go with:
A) Storytelling
B) Research
C) Copyediting
Data visualization might help, too. For the wonky. 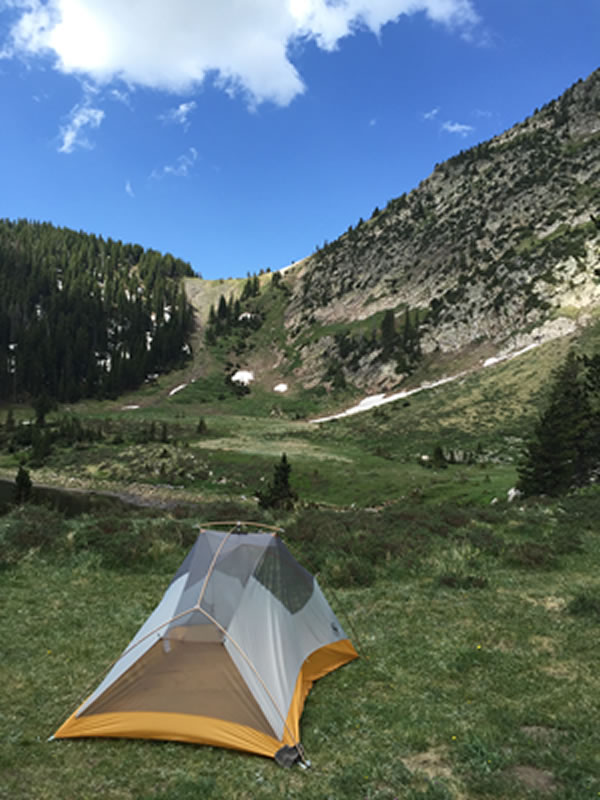 What nonwriting skills do you think a successful writer needs?

Listening. Learn to listen to people. Try to see the world as they do. Pay attention to what they say and they don’t say. It’s especially interesting to try to see how they deceive/limit themselves and whether they’re aware of those fibs or not.

Persistence. Better to have persistence and a killer work ethic than talent. It breaks my heart how many talented people I see … doing darn near nothing with their gifts.

I’m not sure these are skills, but a good dose of curiosity and skepticism helps, too. Curiosity to help you find interesting things. Skepticism so you don’t get hoodwinked.

Can you share any tips you have on staying self-motivated and organized?

I would be in trouble without the Pomodoro Method. It’s a productivity technique created by an Italian — pomodoro is Italian for tomato. It works like this: You set a timer for about 25 minutes (I do 35) and then you do absolutely nothing but the task at hand for that block of time. No bathroom breaks. No coffee refills. If my sweetie knocks on my office door and wants something, I tell him, “I’m in the middle of a tomato,” and he knows to wait until I’m done.

I have never not written something in those 25 minutes. Usually it’s anywhere from 300 to 500 words for blog posts, or up to 1,200 words per pomodoro for a journal entry. I’ve used it long enough now that I know most blog posts will take between six and eight pomodoros. So I don’t even have to think, “How in God’s name am I going to finish this post?” I just make myself go back and do another pomodoro. And I trust that it probably will sort itself out by the time I’ve done six to eight blocks of work.

What do you like to do in your downtime?

Be on the trail with my dog in the high country.

You’ve lived all over the U.S. Does any particular location stand out in your mind as the best place to live?

Not particularly. It all depends on what you’re up for. New York was a fantastic place to be while I was into it. But when I started to not be so into it, it became exhausting. I had begun to get pretty bored with Santa Fe recently, but then I went away for two weeks. Now that I’m back I like it a lot more.

What secret indulgence could you not live without?

The game “Trouble Brewing” on Lumosity. I play one game of it before I start every pomodoro. 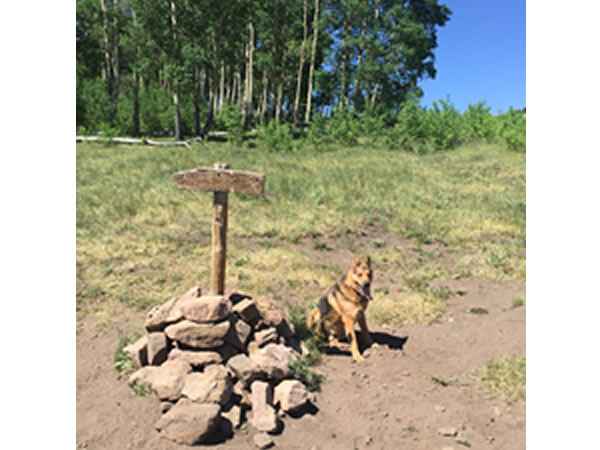 If you could be any character in fiction, whom would you be?

Alice from Alice in Wonderland.

How do you take advantage of the freedom that comes with life as a writer?

I do take advantage of it. I travel. I work at night. I cherish being able to work from a couch (sitting at a desk wears me out) with a sleeping cat next to me. And I love that so long as my deadlines are under control, I can take off to the mountains with my dog almost whenever I want.

I am absolutely unemployable in the sense that I have zero interest in getting a regular job.

You’ve said email is far from dead, despite various predictions. Do you think that will ever change, and if so, how?

Facebook Messenger or one of the other messaging apps potentially could kill it. But for now, email marketing is still one of the most effective marketing techniques ever created.

What’s your advice to someone who wants to support themselves solely through writing?

Get paid up front if at all possible. If it’s not possible try to check with other freelancers/writers about whether the company pays on time. If you can’t do that, be careful how much work you do for a company before you get paid. It’s possible all the work you’ve done for them could be pro bono. Until the check actually clears, you are all but swinging in the wind. Especially if you have an overseas client.

Aside from the payment issue, the single best advice I ever received about paid writing work was this: Turn in A+ work every time. No matter how stupid the assignment, or how meager the pay, or how nasty the client was, or [insert whatever complaint you’ve got]. Always deliver work that’s better than it has to be. Way better.

Be one of the 72 lucky writers for a new interactive WEB copywriting training program who will be mentored and coached by online copywriting expert Nick Usborne. In just 13 weeks, you'll walk away with the skills, confidence, and a professional portfolio of critiqued samples to prove you have what it takes … PLUS, a plan to bring qualified clients to you.