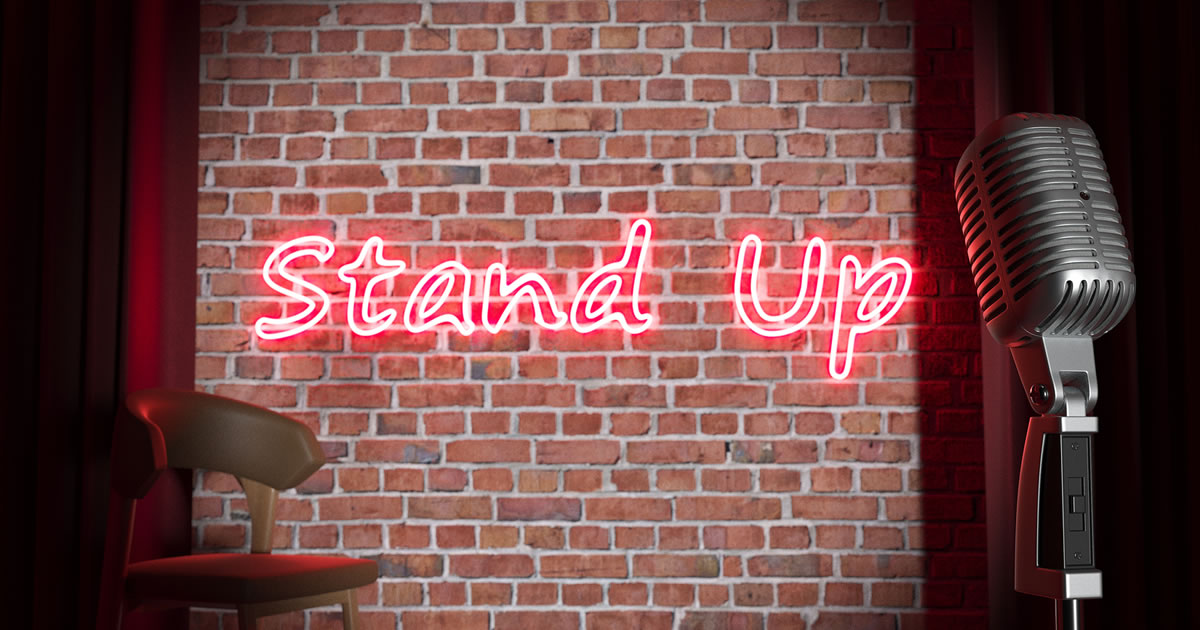 “Don’t sit that close to the stage or he’s going to pick on us,” my husband whispered in my ear.

We had just walked into the theatre and I was heading straight for the last few empty seats in the front row, next to the stage. However, my husband and the couple accompanying us for the evening preferred that we sit in the rows further back, out of the “limelight.”

We had bought tickets to a local comedy club where comedian Bob Kelly was performing. He’s an “A-list” comedian and has been doing stand-up comedy for over 10 years, performing nationwide, and most always drawing large crowds.

He’s also one of those comedians who likes to engage his audience by “picking on” a few people, usually those sitting closest to the stage. I like the interaction and think it makes the evening more fun.

Of course, not everyone feels the same way. My husband sure doesn’t … nor did our two companions for the evening. Unfortunately for all three, those were the last available seats.

So as much as they hated it, we wound up sitting right next to the stage. But, we managed to escape the evening unscathed. Bob picked on the people sitting at the table right next to us as well as a few tables behind us.

This wasn’t our first time attending one of his shows. We had seen him two years earlier; in fact, the very last time he was in Maryland. However, that show wasn’t as funny as this one.

As I sat there laughing (and listening) this time, I realized that comedians and copywriters have something in common that is their secret to long-term success: Testing.

One of the reasons Bob’s routine was much funnier this time around is because he used the performances he had given over the past few years to test what remarks drew more laughs than others.

He used similar jokes and punch lines from his previous performance, but in some spots, he added more to them. And in other instances, he downplayed lines. He even got rid of some jokes altogether.

In essence, by testing out his lines during his other performances, he had now created a routine that drew laughs with every single line. In fact, I didn’t see a single person who wasn’t laughing the entire performance.

This is exactly how “A-list” copywriters create long-term sustainable careers. Like Bob, they’re continually refining their skills and enhancing their marketing knowledge.

If a client gets a 300% lift in response using a VSL, they know that is a viable format to use. Or if a client manages to pull in a few thousand more leads from an advertorial used on ad networks such as Taboola or Outbrain, they know what types of marketing campaigns work best.

Testing and trying new strategies is how direct-response companies grow their businesses. And in turn, it’s how copywriters climb the ranks to “A-list” status. It’s also how they grow their incomes to six-figures annually.

But what if you aren’t fortunate enough to work with a client who tests new approaches, new strategies, or new techniques? No problem.

That’s why you get yourself seeded on different lists. “Seeding” is adding your name to a company email list so you receive information from them. (It’s usually a unique made-up name for each list for easy tracking purposes.) Seeding lets you see what types of sales messages companies are using.

By tracking and studying those different messages, you gain a competitive advantage.

Getting seeded on mailing lists is the next best thing to having a front row seat for what is and isn’t working. So use it to your advantage.

Your takeaway: Take control of your copywriting career. Don’t wait for a client to tell you what’s working. Find out yourself by studying sales messages received under your seed name.