How in the World Do They Do It? The Surprising Secret of High-Income Copywriters
By Ed Gandia 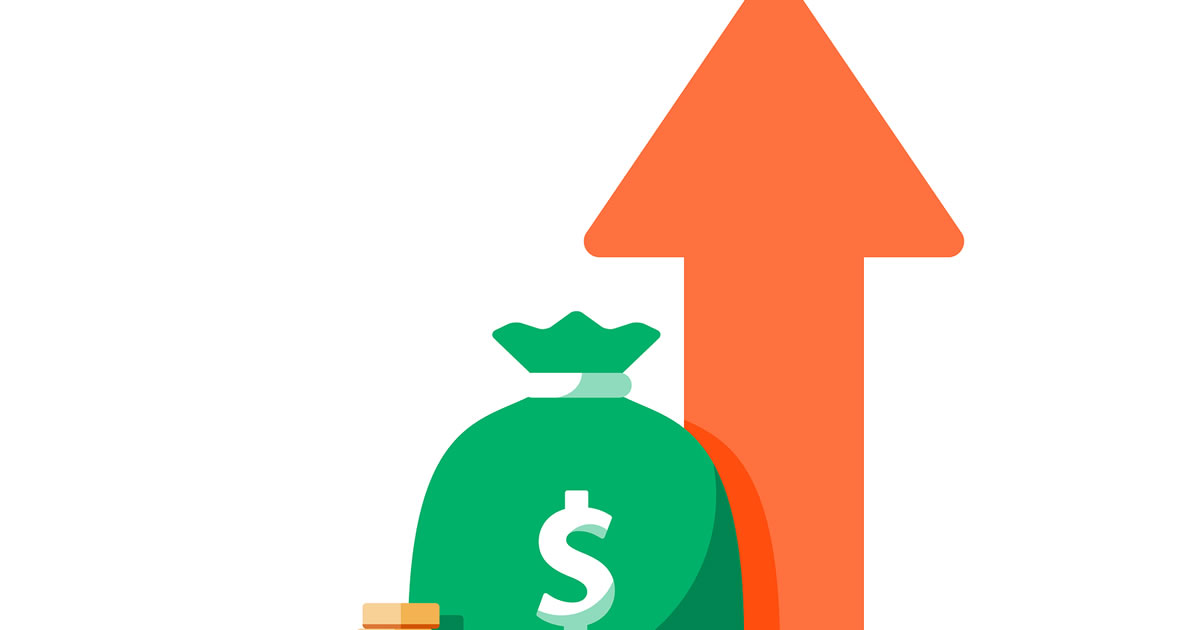 Why do some freelancers continue to earn the big bucks year after year while others struggle to make a living?

I’m sure all these play a role in their success. (Okay, except maybe the black magic thing.)

But near the top of the list is something much more important: the right mindset.

More specifically, high-income freelance writers have learned to expect their level of success as normal.

They don’t see it as a fluke. To them, it’s just the way it is. They expect it with confidence. They don't overthink it. They don't get anxious about it.

Here’s good news: This is not some sort of gift or special ability.

You do the same thing every day. You expect a certain outcome with a high degree of confidence.

In fact, everything you accomplish, regardless of how small or mundane, happens only because you're certain of it.

The Law of Certainty

Think about a recent errand you made. Say you went grocery shopping this past weekend. What did you do?

You probably made a list, and you got in your car, drove to the store, bought what you needed, drove back home, put your groceries away (as you snacked on that bag of pretzels that wasn’t on your list), and went about your day.

Or say you wanted to see a movie. How did you do that? Chances are, you first looked up the show times for your local movie theater. You then picked a movie and a time that worked for you. You drove to the theater, enjoyed the show, drove back home.

So let me ask you: At any point during these events, did you stop and doubt yourself?

Did you start sweating at the thought of having to drive to the grocery store or to the theater, wondering if you'd make it there safely?

Probably not. You were certain of your outcome. You didn't overthink these activities. If anything, you were on autopilot through most of it, engaged in the event itself (the movie), or driving to and from the store or movie theater.

It's no different in your business. Say you're earning $50,000 a year. You're very likely taking actions that create that kind of outcome.

You might sometimes wonder where the next project will come from. Or when your top client is going to give you the go-ahead on that next assignment. But for the most part, you probably go about the daily and weekly routine of your work in a somewhat calm and confident manner.

Bottom line: You're doing this already. You're confident about your current level of achievement, whatever that might be.

That’s why I call this the Law of Certainty. Because in every example I just gave you, it was certainty (and action) that shaped your outcome.

The Vicious Cycle of Belief

One of the things that I find so amazing about the Law of Certainty is that it's always in motion. It's always moving you in either a positive or negative direction. It's never idle.

When you learn how to harness the law, this movement can take you to levels of success you never thought possible. But when you don't harness it, it can work against you in a big way.

I know that sounds a bit abstract, so let me explain with a diagram I once saw Tony Robbins use in a training class: 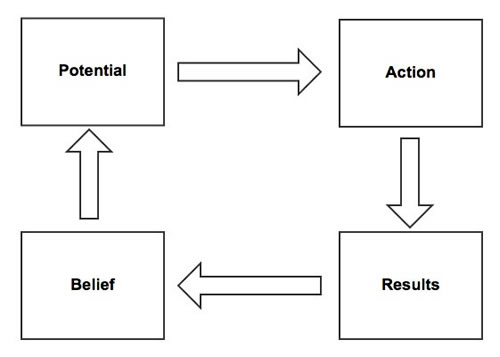 All of us believe we have some level of potential. For instance, you may believe that $50,000 per year is a completely "doable" income for you. And you know that because you've hit that number for the past three years. As a result, you take actions every day that are in line with that level of belief.

In other words, you take safe actions that will eventually yield an income of $50,000 per year. (And by "safe," I mean actions that feel comfortable to YOU. These same actions might seem incredibly bold to someone with a level of belief that’s in line with, say, a $25,000 income.)

The $50,000 income is your result. That’s what the "Results" box is about. It represents the results you get from taking the actions you feel comfortable taking, based on your assumed potential.

Those results are a feedback mechanism. They either feed, maintain, or destroy your beliefs about your potential. Which, in turn, causes you to take actions that correspond to that potential, and so the cycle goes.

Whether or not we realize it, we are always in a belief cycle. No one is immune from it. The problem is that most of us are either stagnant or moving in the wrong direction.

In other words, we're either staying in our comfort zone — we've reached a plateau of sorts that keeps us at our current level of performance — or we’ve hit a stumbling block that causes us to lose confidence.

See how it works?

High-income writers have gotten to where they are because something in their business or personal life short-circuited this cycle. Something positive happened (often something relatively minor) that got them to see what was possible.

That little something boosted their level of belief ever so slightly. Which caused them to take slightly bolder, smarter actions. Which yielded better results, and so on.

In other words, whether or not they realized it, they rigged the cycle in their favor. And because this cycle is always moving, by shifting the momentum to an upward trajectory, they were able to create a ‘vicious’ cycle that's actually serving them.

Results: The "Break Point" in the Cycle

Sounds promising, doesn’t it? But how do you break out of your current cycle?

Well, I've found a weak point in the system. (Hurray for system flaws!)

It turns out that out of all the elements, "Results" seems to be the easiest and most practical point of entry. And by that I mean that this is the best place to short-circuit the cycle and reverse either the downward spiral or the status quo you've been riding for a while.

So if you want to change the direction or momentum of this cycle, the "Results" box is the best place to focus on.

How do you do that? Here are three suggestions:

First, leverage each and every little win you get, no matter how small:

Again, notice that it doesn’t have to be a full victory. Even something that carries the promise of future success can be a win. And you should leverage the heck out of that good feeling!

Second, practice visualization. Nothing crazy. Five minutes a day of visualizing and feeling the end result you want is enough to start creating real change in your business.

I know that sounds a bit woo-woo. But this is not theory. There's plenty of scientific evidence to suggest that visualizing AND feeling the desired state will help bring about the thing you want.

I’m not the expert. That’s just what the smart kids are telling me. I’ve tried it and it works!

And third, accept the Law of Polarity. This law comes from physics, and more specifically, the nature of light, which has both wave and particle characteristics.

I know, I know. Deep stuff. And here again, I don’t understand the whole thing. But here’s the part that’s applicable to us:

Everything in the universe has an opposite.

And by that I mean that there is a positive and negative side to everything. Your hand has a front and back side to it. Your body has a right and a left side. Every up has to have a down. And for every action, there's an equal and opposite reaction.

Similarly, every problem HAS to have a solution. That means that your current business challenges have to have a solution! Because, according to the law, no problem can exist without its polar opposite. You can't have a problem without a solution “baked” right into it.

When we're faced with a big challenge, most of us have been conditioned to look at the negative aspects of that challenge. To continue with our previous example, maybe you’re working your tail off for that $50,000 annual income. And you can't seem to break through that income ceiling.

In other words, it's not any harder to solve the problem than it was to get into the problem. We just tell ourselves it is!

And therefore, we either don't see it or we don't even move in the right direction. Because it just doesn't feel like it's in our domain. It doesn't feel "solvable."

And, just as important, you need to remember that the solution comes attached to the problem. It's already there, even if you can't see it at the moment.

Deep thought, huh? Jack Handy would have been proud!

You Have It in You

If you take anything from this post, I hope it’s this:

You have the ability to expect more. And because of that, you can achieve more.

Yes, skill, IQ, experience, professionalism, trust, timing — all those things matter. They each play a key role in your success.

But if you rely on those factors alone, you’ll never consistently achieve beyond your level of belief and expectation. So you need to “rig” the system in order to generate slightly better results.

Once you start seeing better results, you’ll create an ever-increasing “new normal” that will continue to drive even better results.

That’s when your peers will suspect you’re using black magic.

Do you have any questions about these universal laws? Please let us know in the comments below so we can help.

6 Responses to “How in the World Do They Do It? The Surprising Secret of High-Income Copywriters”