2018 April How 3 a.m. TV Can Make You a Successful Copywriter

How 3 a.m. Television Can Make You a Better, More Successful Copywriter
By Mindy McHorse 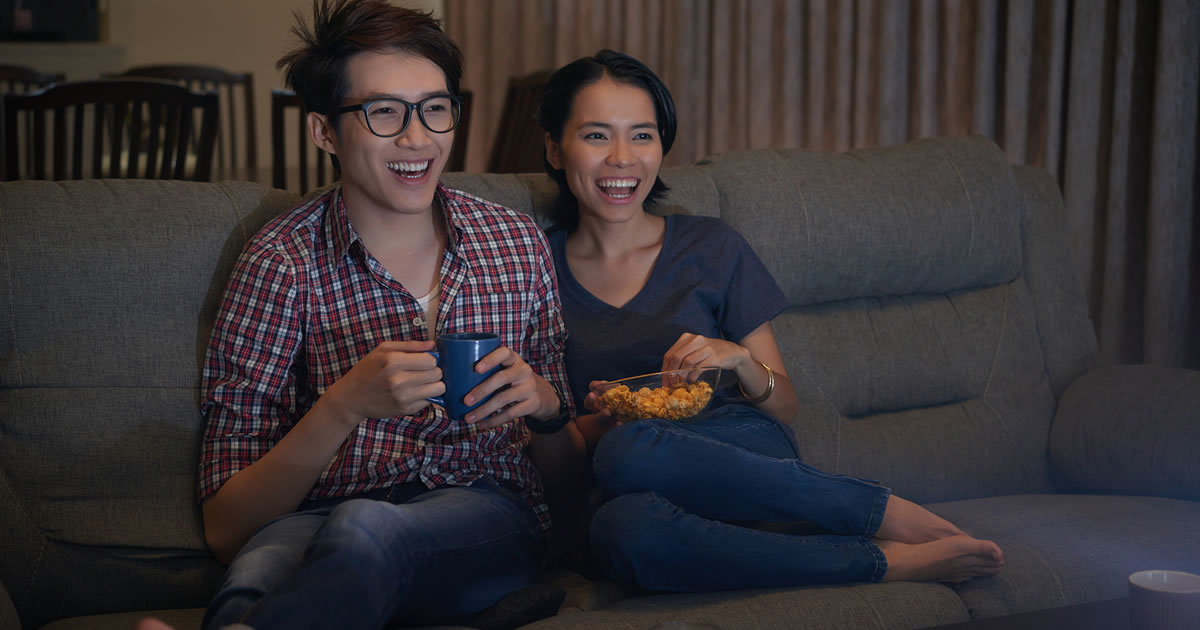 At some point in your life, you probably got jazzed up to buy something you saw on television …

For me, it was the EZ Craft Deluxe Bow Maker (as seen on TV … over three million sold!). At 10 years old, I was sure nothing would make me cooler than pinning an extra-flouncy designer bow to party gifts.

For millions of women in the 1990s, it was the ThighMaster, brought to life by Suzanne Somers.

Somers debuted the ThighMaster through an infomercial. In the opening scene, the camera pans up her tan and fit legs as she says,

“Some people were born with great legs … the rest of us have to work at it.”

Then the camera cuts to Somers on a couch in a blue leotard, demonstrating how to “Squeeze, squeeze, squeeze your way to great hips and thighs!”

Next comes a shot of Herbert L. Gould, M.D., Surgeon, standing in his doctor’s coat in front of his framed credentials. Gould points to a poster of human muscle groups and explains how “flabby thighs” develop when certain muscle groups get out of shape. But, he says, “The ThighMaster can change all that, which is why I recommend it and use it myself.”

The video then presents a smiling blonde woman as she zips up a tight pair of jeans. With a sparkling smile, she says, “I never thought I’d fit into these jeans again. Thank you, ThighMaster!”

Next comes a four-frame view of different women showing how easy it is to use the ThighMaster anywhere, any time. By the pool, on the piano bench, while watching television, or just sitting on a chair by your stairs.

Of course, it travels well — “The ThighMaster fits easily in just about any suitcase!”

And did you know how versatile it is? As the camera shows a man and a woman cradling the ThighMaster in their arms, Somers tells us, “You can also use the ThighMaster to strengthen your arms and chest. Even men use it!” And the reason it works so well is the balance-resistance coil inside, designed to give you just about the right amount of challenge …

Alright, I’ll stop there before I talk myself into ordering a ThighMaster of my own!

Because — and you’ve surely picked up on this — what Somers does throughout her infomercial is akin to the secret structure of selling we all know and love in the copywriting world.

She kicks off with a great hook, using her fame and shapely legs to catch attention. But then confesses — wait, what? She wasn’t born with those legs? Tell me more …

That launches you right into a cycle of credibility, proof, targeted research, nuggets of intrigue, storytelling visuals, testimonials, and the list goes on right up until the call-to-action where she tells you to dial the toll-free number.

This savvy use of persuasion via television not only earned Somers millions of dollars, it’s also the reason she was inducted into the Direct Response Hall of Fame in 2014 alongside other industry icons.

That’s because the market for infomercial products is serious business. In 2015, it hit over $250 billion and hasn’t stopped growing.

Believe it or not, the ThighMaster, plus other infomercials like it (think VitaMix and the George Foreman Grill), is one of the reasons Ryan Deiss of Digital Marketer is as successful as he is.

If you haven’t heard of Ryan, he’s been called “one of the world’s leading digital marketers” by Shark Tank’s Daymond John. Last year, Forbes did a feature on how Ryan is building a billion-dollar media empire.

And now we have our own exclusive interview with Ryan in the April issue of Barefoot Writer. Read it to find out exactly how infomercials fit into Ryan’s massive success story.

In the meantime, if you ever find yourself wide-eyed in the middle of the night, power up your screen and watch an infomercial or two. Think of it as continuing education for the direct-response copywriting world.

When you watch an infomercial, pay attention to these seven time-tested infomercial success techniques and use them to boost response on your own copy projects:

Of course, the world of selling has evolved since the initial heyday of infomercials. Even Suzanne Somers has her own email list through her website. And that’s where Ryan Deiss has hit the ground running …

In fact, our April issue of Barefoot Writer also reveals what Ryan Deiss says is the single most important skill to have if you want to succeed in the world of online communication.

Go here to read it if you’re already a Barefoot Writer Club member.

And if you’re not yet a member, go here and get access to more ways to accelerate and enjoy your writer’s life.

Do you have any questions about the “infomercial” technique for writing direct-response copy? Share with us in the comments below.