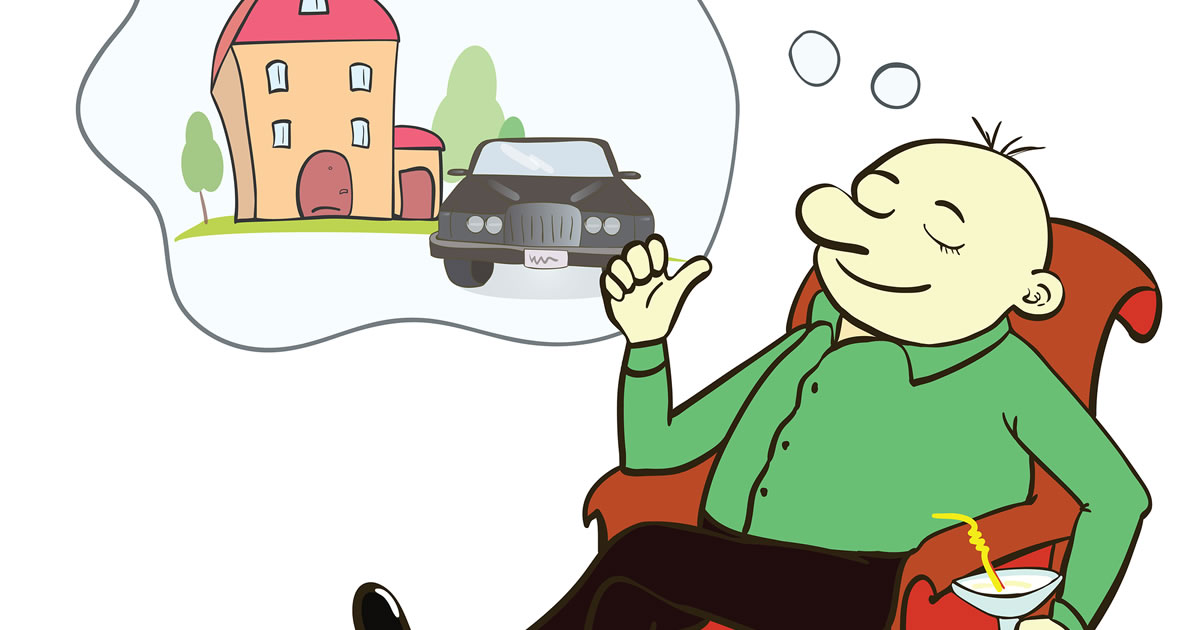 One of the biggest “roadblocks” for creating a clientless copywriting business for us copywriters (who are not traffic and list people) is building an email list. Without having a list, you can have memorized everything Gary Bencivenga ever said or wrote and you might even be able to write circles around Clayton Makepeace but it doesn’t matter because you’ll still be dead in the water.

With a list (especially a responsive one), even someone with below average copywriting skills can make a very good living.

So how do you build an email list then?

One way that’s perfect for copywriters is to take a page from the late, great copywriter Gene Schwartz’s life. That name sound familiar? It should. He wrote Breakthrough Advertising … a book every copywriter should have on their shelves.

Gene was way ahead of his time. He died in 1995, but had he been able to play on the internet, I suspect he’d have made more money than all his clients combined.

Why do I say this?

Because he treated his copywriting skills like an investment.

By that I mean, he wrote for all the big direct mailers — like Rodale Books and Boardroom. But, he did not work for a fee or for money. Nor did he work for royalties, either. Instead, he got paid in mailing list names. In other words, instead of accepting a copywriting fee, he wrote ads in exchange for access to his clients’ mailing lists. And he would then mail his own offers for his own products to those lists, and make far more than any fee or royalties could pay him.

He rapidly built a clientless copywriting business that made him rich.

And before you even ask, yes, anyone wanting to start their own clientless copywriting business can apply this same method today.

The only difference is, it’s a lot easier to do now.

Several years ago, I was struggling to build my own clientless copywriting business and email list, and nothing seemed to work. I wrote hundreds of e-zine articles. I tried setting up joint ventures with other list owners. I even added loads of fresh content to my site hoping to attract search engine traffic and leads.

All of these things were helpful.

But they didn't deliver the big “hit” I was looking for and needed to make my business work.

Then one day, I decided to “adapt” what Gene Schwartz did to build his mailing list: I traded writing a half dozen press releases to a marketer I knew (who had a big list — and had told me he was wanting press releases written in a style I knew how to create) in exchange for plugging my site a set number of times to his list over the course of a month.

In fact, it only took a few hours to write the press releases, and every time he plugged my site, a new batch of leads came in like clockwork. Before long, my list was up and running with dozens of fresh new responsive subscribers who had been “pre-sold” on me.

A few hours of my time doing something I enjoyed.

I’ve also done this with a few other clients, too (not writing press releases, but sales letters, creating content, etc.). And each time, it helped build my list without spending any money on traffic, without knowing how to use Facebook or Google advertising, and in a way where I had been edified to them beforehand.

And you can do the same thing, no matter how new or seasoned a copywriter you are.

All you have to do is find clients in the niche you want to sell in, offer to write for them in exchange for plugging your site to their lists, and then start selling your products to your new list. Do this long enough, and you’ll be able to segue out of doing freelance copywriting work, and have a clientless copywriting business, instead.

(Or have a hybrid of them both, like Gene Schwartz had.)

Below are five ways you can start using this concept today:

With Facebook, for example, you can befriend a would-be client and get to know them (by chatting them up about common interests, responding to their updates, etc.). And sometimes that can naturally turn into a valuable contact. That contact may or may not have a list of people who would be interested in your joining your list. But he/she probably will know someone who does and can give you an intro.

Chances are, you know other business owners. And it can't hurt to ask them:

“I want to build my list and am wanting to trade my XYZ service/product in exchange for other list owners plugging me to their lists. Do you know someone who needs an XYX service/product?”

All it takes is one referral like that to yield a big payout.

You can also go to online forums where list owners in your industry hang out and look for people asking questions you can answer. Don't try to pitch them your offer. Just answer their questions and be helpful. Eventually you will create relationships with people you help. And when the time is right, simply make them your offer.

Don't pooh-pooh the smaller lists owners! Especially if you’re a newer copywriter. Someone with a small list is far more likely to accept your offer. And after you've helped them, simply ask if they know someone who might be interested in the same deal … and would they mind giving you an intro?

This is simple referral marketing. And it lets you leverage social proof to the hilt as you work your way up the food chain to bigger list owners.

“The more effective people are, the more we respect them.”

When you're starting out, it's tough getting anyone to take your calls. But as you rack up successes … and as people on the lists you're promoted to see your name … and as word spreads about how good you are at what you do … people will eventually start promoting you without you even asking them.

They'll want to do it. It makes them look good to their lists.

And that’s all there is to it.

Your next step is to start implementing the information in this article and you’ll be off to the races building your clientless copywriting business in no time.

Do you have any questions about how to get started with a clientless business? Share with us in the comments below.