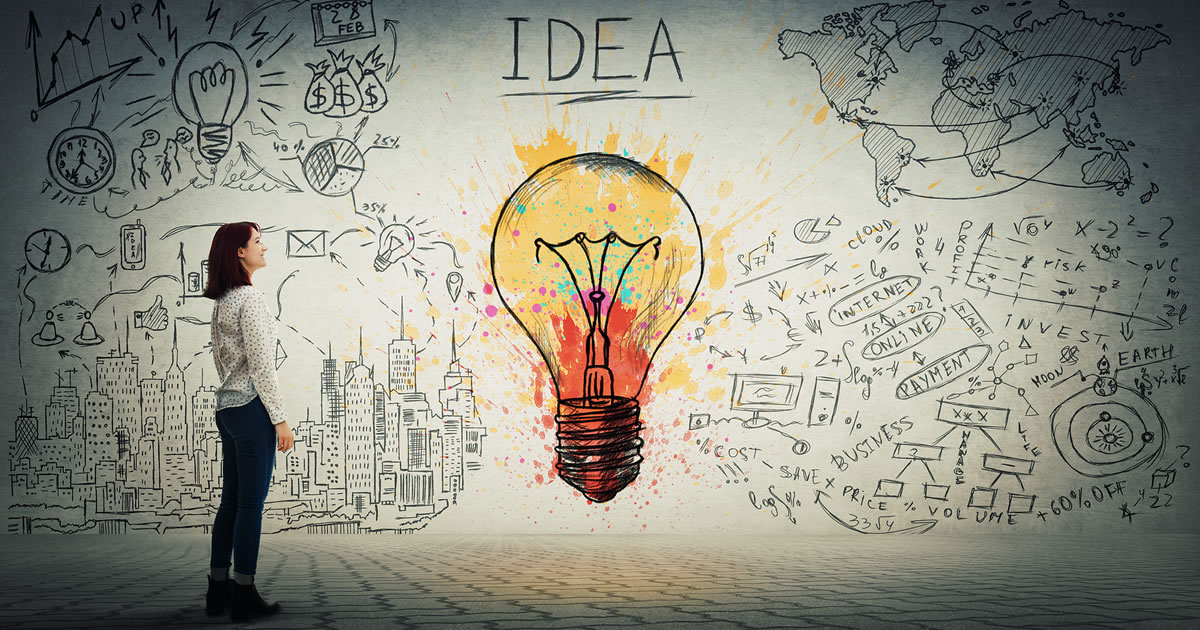 No matter how many times you’ve flipped through the more than 650 pages of AWAI’s Accelerated Copywriting Program … or sat in on the dozens of live webinars we offer that teach the fundamentals of persuasive writing … or gotten peer review feedback on your draft copy from fellow writers … you’ll have that moment in your copywriting career when a client hires you to write a sales letter.

And that’s a big deal, congratulations and high-fives are due.

But now you have to go from learning to doing. And that means it’s your turn to come up with a Big Idea. As a perpetual student of copywriting, you know Big Ideas are the backbone of a sales letter.

However, for most newbie writers, and sometimes writers with more experience, coming up with a Big Idea feels like something that is “out of their league.”

You should put those feelings aside. Because the truth is, you can train yourself to come up with Big Ideas.

In this article, I’m going to give you a handful of useful tips on how to find Big Ideas, including a little exercise, but first, let’s make sure we are on the same page as to what we mean by a Big Idea.

The “Big Idea” is an idea that the person who reads your sales letter finds emotionally compelling. It’s “the thing” that gets them excited enough about the product or service you are selling; they feel there is only one course of action to take … make a purchase.

We call it a Big Idea because it has the power to change a person’s attitude, beliefs, and behavior.

But not all Big Ideas are created equally. Some are bigger than others.

Take Mike Palmer’s “End of America” sales letter. For the financial division Mike works for, Stansberry Research and Associates (S&A), his sales letter was a game changer on a grand scale. I don’t know the exact number, but hundreds of thousands of people bought the product he was selling.

It broke industry records for bringing in the most paid subscribers of any one package, and added millions to S&A’s bottom line.

But it also altered the way the company ran their marketing campaigns. Prior to that package, most new paid subscribers were acquired using traditional marketing channels such as direct mail and email.

However, with that single package, S&A was able to expand beyond those two channels and use radio, television … even podcasts to acquire a broader range of paid subscribers. Again, another company first.

But his “End of America” idea also did something else … something that is a core component to all Big Ideas: Made the complex seem simple.

The Big Idea of that package is the U.S. dollar, which dominates the global markets, from stocks, commodities, hard assets (such as gold), imports and exports, and currencies, would lose it's status as the world’s reserve currency.

And if that happens, life in America would never be the same. That, Dear Copywriter, is the emotionally compelling part of the message.

Anyone who read that sales letter immediately understood the significance of that message even if they had no clue how markets operate.

But that’s what Big Ideas do. They clarify, reveal, and at the same time, eliminate excesses that make it difficult for readers to get emotionally excited.

And even if they aren’t game changers, small Big Ideas still share the same thing as their bigger counterparts: They are emotionally compelling.

Here’s an example of what I mean. This is the headline of a sales letter that generated $17 million in sales. The product was a course teaching people how to make money trading currencies.

Confidential Report from a Whistleblower:
Disillusioned Banker Opens Money-Floodgates to You

Wanted:
Novice Crew to Rob Banks Legally
with an Inside Job.

Are you ready for a quick heist on the world’s
hidden money-mountain?

While I’m sure you’d agree this isn’t as big of an idea as “End of America,” you can easily tell it is emotionally compelling. You, as the reader, are getting the chance to receive insider information that’s going to make you rich.

Plus, it meets our criteria that all Big Ideas have … of making the complex, in this case, trading currencies, seem simple.

Now that you know what a Big Idea is, let’s talk about how you find one. I’ve broken the process down into five steps:

Big Idea Generation Step #1: Be a consumer of information. Idea generation is fueled by consumption, not creativity.

Big Idea Generation Step #2: Look for the unusual. The reason why you need to consume so much information is because it’s easier to spot the unusual. It stands out like a sore thumb. And it’s those unusual things that are candidates for a Big Idea.

Big Idea Generation Step #3: Speak your ideas. This helps you refine your Big Idea so it becomes an emotionally compelling idea. As writers, we put words on paper, but speaking the idea out loud helps you make it more dynamic.

Big Idea Generation Step #5: Share with others. Once you’ve come up with a Big Idea, share it with others. Watch their reaction. If they aren’t getting excited or wanting to know more … time to go back and refine your idea.

These steps will help you find a Big Idea …

But if you need a little extra help, here’s a little fill-in-the-blanks exercise you’ll find useful. It helps you turn the information you’ve uncovered into a Big Idea.

Level 1: Write out your basic idea

Level 2: Re-state your basic idea into a more engaging idea

Level 2: Re-state your basic idea into a more engaging idea: make money the same way bankers do it

If you use this exercise (along with the five steps for uncovering a Big Idea), each time you sit down to write a sales letter, in essence, what you are doing is training yourself to come up with big, sell-able ideas.

Then sooner rather than later, you’ll write a Big Idea sales letter that makes your client extremely happy.

And that, Dear Copywriter, is how you inch your way to a six-figure income.

Do you have any questions about generating Big Ideas? Let us know in the comments below so we can guide you to more resources.