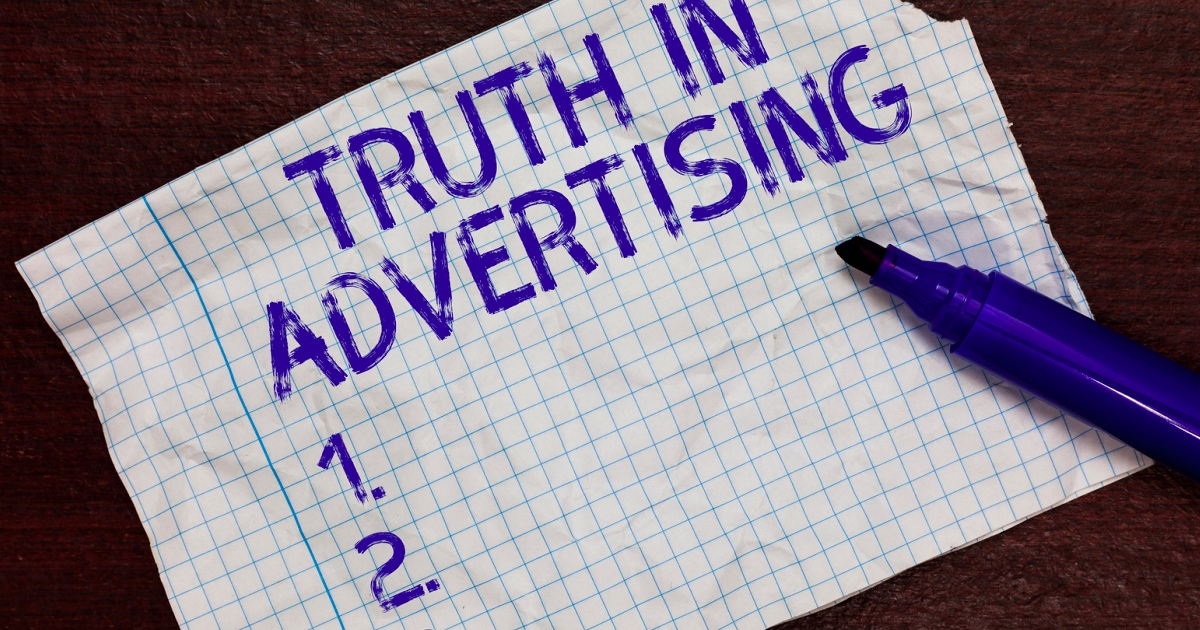 Tell the truth … that’s the straight answer he gave when a client asked for his help.

Seems he had a passion for telling the truth.

That’s probably why people liked him, but also one of the reasons they didn’t.

You see, his passion for the truth also made it difficult to work with him. In fact, he was described as bold, sassy, and shameless. And always direct and to the point.

But he was good at his job as a copywriter, and that’s why clients hired him.

While you probably aren’t too familiar with his name, John Powers is considered the world’s first full-time copywriter. And that’s one of his many firsts.

John began his copywriting career in 1870 in England, selling sewing machines for the Wilcox and Gibbs Company. A few years later, he came to the U.S., where he was hired to write ads for the Lord & Taylor Company.

He also wrote advertising copy for a clothing store that was on the verge of bankruptcy. When the owners asked him what to do, he told them there’s only one way out of this situation and that is to tell the truth.

They agreed and John’s ad read: We are bankrupt. This announcement will bring our creditors down on our necks. But if you come and buy tomorrow, we shall have the money to meet them. If not, we will go to the wall.

Consumers read the ad and wasted no time rushing in to save the store.

That ad caught the attention of another storeowner, John Wanamaker; the man who many business experts say pioneered the concept of fancy department stores. It was John who turned department stores into “palaces of shopping.”

However, Mr. Wanamaker had a problem of his own.

He had bought an oversupply of rotten gossamers (a gauze-like fabric) that he couldn’t get customers to buy. He figured since John Powers had saved the other company from going under, he could help solve his problem too.

But he didn’t want to hire John Powers as a freelancer — he wanted him on staff full-time to write all the ads for his store.

So he contacted Powers and the two worked out a deal for John to be the stores first-ever full-time copywriter. And of course, his first project was writing an ad for all of that rotten gossamer.

Mr. Wanamaker’s decision to hire John proved the right thing to do. Because by noon on the same day his ad ran, the entire stock of gossamer fabric was sold out.

The ad he created was simple, to the point, and truthful: We have lots of rotten gossamers and other things we want to get rid of.

With John Powers’ copywriting skills, revenues for Wanamaker’s doubled from $4 million to $8 million in just a few years.

Unfortunately, the two Johns didn’t always get along. Mr. Wanamaker fired John on two different occasions. First in 1883, but hired him back one year later. And then fired him again in 1886. But this time, it was for good.

Now, Dear Copywriter, there’s no need to feel badly for John Powers. He became a freelance copywriter the same year he was fired and had a line of clients waiting for him.

Besides being truthful in all the ads he wrote, John had a few other favorite rules for writing copy that he developed over the years. In fact, he’s been called the father of modern creative advertising.

I’m going to share those favorites with you in just a minute, and as you’ll soon see, many of the rules John created are the same ones we recommend here at AWAI. Because while the formats of ads have changed over the years from newspapers ads, direct mail, and now online, copywriting principles are ageless.

The rules and principles created by the likes of John Powers and others, including Claude Hopkins, J. Walter Thompson, John Caples, Eugene Schwartz, David Ogilvy, and Herschell Gordon Lewis work no matter what, when, and where.

Combined, these copywriters have sold billions of dollars’ worth of goods and services. That’s why it’s worth studying their work. If you don’t have a collection of their work in your Swipe File or on your bookshelf, you should get one.

Now, about John Powers’ rules for creating copy, they include:

Favorite Copy Rule #6: Make it easy to buy the product

At the time when John used these writing techniques, they were considered novel. No one had tried them yet. Today, they are what every good copywriter uses.

By the way, if you want access to a collection of some of the rules for writing great copy created by these legends, you might want to consider joining AWAI’s Circle of Success. It’s our highest form of learning, and as a member, you get access to every learning tool, resource, and program ever made. And that includes new ones that are created in the future.

Plus, you get access to the works of AWAI’s own Master Copywriters including Mark Ford, Mike Palmer, Clayton Makepeace, and Jedd Canty, to name a few.

A free resource you can get right now is our brand-new copywriting checklist. Follow the link to download a 28-item essential checklist for copywriting.