2018 September 2 Persuasion Tactics That Get Prospects to Buy 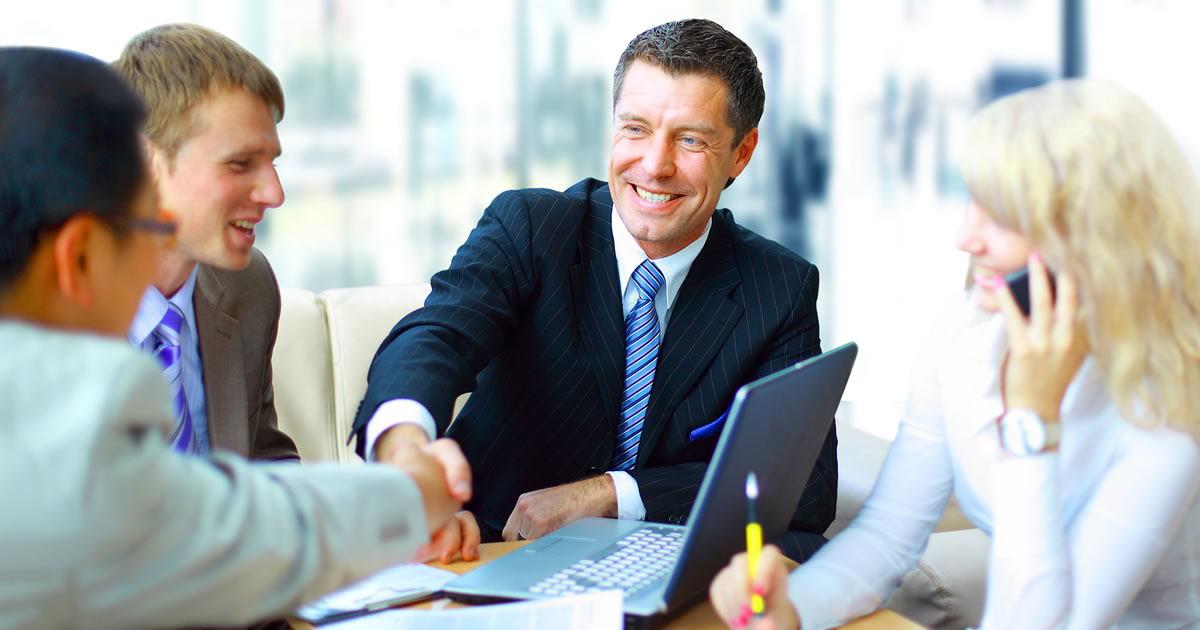 Running off to another country seemed like the best solution, which is why in 1910, Gabriele D'Annunzio packed up his belongings and moved to France.

D’Annunzio was an Italian poet, and by age 16, was fortunate enough to have his first collection of poems published. And while it was his poetry that brought him notoriety, unfortunately it was the amount of debt he accumulated that cost him his fame.

He figured living in France would give him the chance to start over with no debt attached to his name. But in 1914 when World War I broke out, he returned home to join the Italian army.

He first enlisted with the Calvary and quickly climbed the ranks. From there, he was assigned command of a torpedo boat. He ran several successful missions and became one of Italy’s well-known war heroes.

When Gabriele lost an eye in combat as a fighter pilot, he wasn’t ready to give up fighting for his country. So he took to pen and paper again, but was now in charge of writing Italy’s war propaganda.

But he longed for daring assignments. So in 1918, a few months before the war’s end, he was given command of a unit of eight other planes flying a sortie mission dropping propaganda leaflets he wrote. The sortie mission’s successful 700-mile roundtrip was named “the Flight over Vienna.”

If you’re not familiar with the term, a sortie is a military maneuver that requires crossing into enemy territory in a surprise and sudden manner. It’s meant to catch the enemy off guard.

It could be a single soldier or several, or tanks, ships, or planes that make the coordinated move toward the enemy. Sorties were performed throughout War World I by all sides.

In one instance, a German soldier was on a sortie to capture and interrogate enemy soldiers hiding near the front line. On his mission, he came upon a soldier eating his lunch alone in a trench. Unaware of what was happening, the startled soldier was easily overtaken by the German.

But the soldier did something completely unexpected … he tore off a piece of bread and gave it to his captor. The German soldier was so surprised by the friendly gesture that he couldn't follow through with his assignment. He eventually headed back to his unit, but only after setting his captive free.

Now, you might be wondering, Dear Copywriter, what WWI sortie missions have to do with your copywriting career?

I’m glad you asked, because the moral of the story isn’t about sharing a meal with your enemy. No, instead it’s about using the hidden powers of persuasion to get your prospects to hit the buy button.

And the persuasive maneuver we’re focusing on today has to do with what’s known as the rule of reciprocity or obligation.

That’s what happens when someone does something nice for us and we feel a strong need to return the favor. When the German soldier was offered a piece of bread by the man he captured, he couldn’t resist the feeling to do something equally kind, which is why he set him free.

Now, odds are you’ve never been captured by an enemy soldier, but you’ve certainly experienced this feeling of reciprocity before. It’s just that you didn’t know it was happening or why.

For example, when someone smiles or gives you a compliment, don’t you feel like you have to return the favor with a smile or compliment of your own? Or how about when buying a car and during the middle of negotiating the deal, the salesman asks if you’d like something to drink, like a bottle of water or a soda?

He’s using the law of reciprocity, hoping his nice gesture triggers that feeling of reciprocity and you’ll agree to his terms of the deal.

Reciprocity is so powerful, it works on people we don’t even know. A few years ago, a university professor sought to prove how reciprocity works. So he chose names at random from a telephone directory. He then sent those complete strangers Christmas cards. Days later, holiday cards addressed to him came pouring back, all from people who did not know him and, for that matter, who had never even heard of him.

Reciprocity not only makes us feel obligated to return a favor, it also breaks down our defenses. In a study done by Cornell University researcher Dennis Regan, he designed a test where two people were asked to sell raffle tickets to their co-workers.

One individual made a conscientious effort to befriend the workers before attempting to sell any tickets.

The other individual made a point of being rude and obnoxious, making his co-workers feel awkward and naturally defensive toward him.

But when it came time to ask them to buy tickets, the rude male pulled a “sortie” and bought everyone a drink beforehand. What did the results show?

The rude person actually sold twice as many raffle tickets as the other person who had been so much nicer and more likable. By buying them drinks, the rude man used the power of reciprocity to his advantage. Everyone who got a free drink felt obligated to buy tickets from him.

So how do you use the power of reciprocity and obligation in sales copy? There are two cool ways to go about it.

Cool Reciprocity Tactic #1: One of the best techniques is to give the prospect something free, such as a bonus report, checklist, or guide book.

Even personality tests or other similar kinds of quizzes that you see all over social media work well as free giveaways because they trigger reciprocity.

One of the first companies to use reciprocity was The Kodak Photography Company. Remember their “seeing is believing” slogan? That came about from sending a roll of film in the mail to prospects along with a letter explaining it was a free gift.

The recipient was encouraged to return the used film to Kodak for processing. Even though local stores could process the film at a cheaper price, most people ended up sending the film back to Kodak to have their photos developed.

Cool Reciprocity Tactic #2: Another copy tactic that creates a sense of obligation is sharing secrets with your prospect.

When you say things like, "Off the record, I think you should know ___" or, "I shouldn't be telling you this, but ____" in your copy, the reader feels as if you are confiding something of great importance with them.

By offering inside knowledge or sharing something personal or private, what happens is you create an instant bond with the prospect. They trust you and are more inclined to read your letter. And in return for sharing those secrets with them, reciprocity kicks in and they’ll likely buy what you are selling.

So the next time you sit down to write a sales letter for your client, think of ways to use these two tactics.

Ask your client what things you can offer as free gifts. If they don’t have a report on hand, offer to write it for them (and charge extra).

Or find out what information your client has that can be turned into a secret. Be sure it is something that isn’t well-known or comes across as new, or different.

Here’s the thing. When you use these two types of hidden persuasion tactics, you’re bound to see more prospects hitting the buy button. And the more often that happens, your client then feels obligated to reward you with more paid projects. That also leads to you being able to charge higher fees, which in turns lands you on the list of “A-level” copywriters.

One word of caution: Manipulation is the flip side of obligation. If you use obligation to manipulate, you will lose your ability to persuade.