2021 February Learn This Skill to Get Paid More Per Project 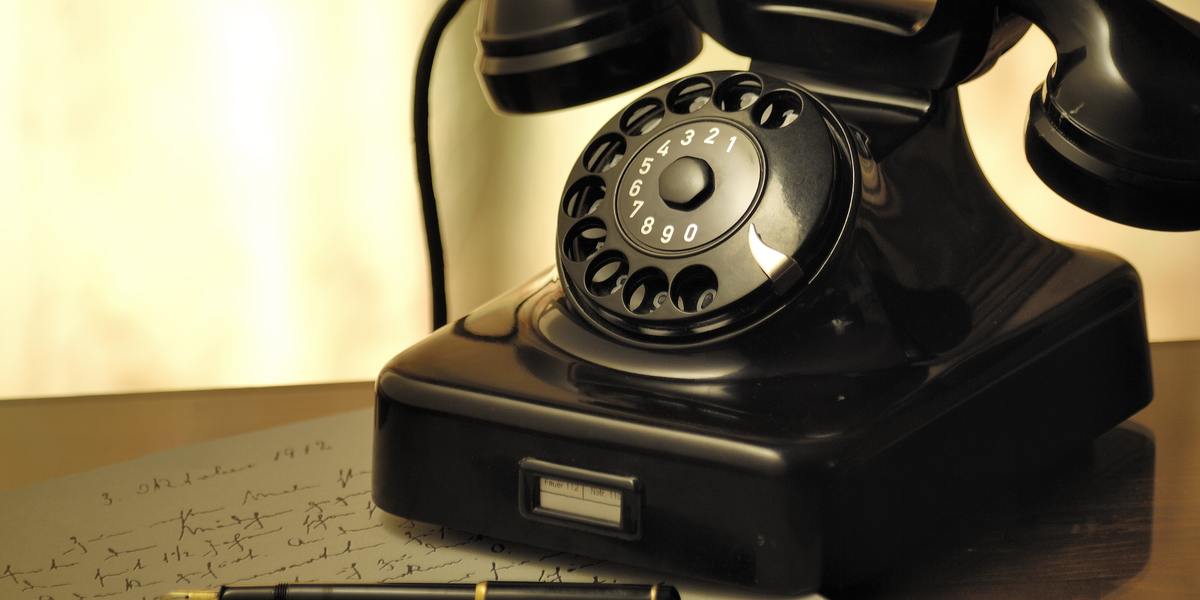 It all started with a telephone.

But as the company grew, Nokia Bell Labs concentrated its efforts on providing clear, reliable telephone connections to subscribers.

So sometime in 1925, the company made a bold decision to hire a handful of scientists and engineers to work in their newly developed Bell Telephone Laboratory located in New Jersey.

Over time, that number grew to 4,000. And one of the first tasks those engineers and scientists focused on was understanding the intricacies of human speech and hearing.

In other words, they had to figure out just how loud the human voice should be amplified when speaking on the telephone.

Besides working on loudness, they also had to uncover a way to simplify the phone numbering system. Back then, a phone number consisted of an alphanumeric code known as the 2L-5N system.

Probably the most iconic of this alphanumeric phone numbering system was the one used on the popular I Love Lucy television show.

Lucy and Ricky Ricardo’s phone number was MU5-9975, which stood for Murray Hill.

However, the alphanumeric system was retired in the 1950’s because the switchboard operators often misheard similar sounding letters and connected calls to the wrong numbers.

The system was soon replaced with a seven-digit phone number. And when that happened, it also allowed phone users to dial numbers directly without the assistance of a switchboard operator.

This new numbering system also gave birth to the rotary dial phone that many of us remember throughout our childhood years. But that brought about a new set of problems, with one of the biggest challenges … how to make the phone itself more user friendly.

So two of the Labs leading scientists, John E. Karlin and Henry Dreyfuss got to work on re-engineering the telephone. And it was Henry who introduced the world to the first touch-tone phone, known as the model Western Electric 1500.

But John insisted that more changes could be made to this new kind of push-button technology that would make owning a phone even more desirable. He was pondering such things as whether the buttons should be round or square?

He also wondered just how big the buttons should be, and most critical of all, how should they be arranged … in an arc, circle, or maybe even a rectangle?

John asked these kinds of questions because he was an industrial psychologist with training in electrical engineering. And what he was really trying to do was incorporate the phone user’s experience into his designs.

His rectangular design of the keypad, the shape of its buttons, and the position of the numbers, with “1-2-3” on the top row all came from John’s research into human behavior with using a telephone.

I’ll tell you more about the legacy of his work in just a few minutes, but let’s stop here and see how this fits into your career as an in-demand copywriter.

It all comes down to the user experience (UX), which has transitioned from “nice-to-have” into a “must-have” position for companies of all sizes. In fact, large corporations such as Facebook, Google, Microsoft, and Amazon already have UX writers embedded in their design teams.

The UX writer is responsible for all the text the user encounters when navigating their way around a product. Be it a website, a mobile app, or a piece of software, copy is crucial in guiding the user and helping them complete their desired actions.

As UX Planet explains, “Everything from the smallest CTA button to the most glaring error message has an impact on user experience. It’s the UX writer’s job to craft copy that is not only compelling and concise but also user friendly.”

Now, I don’t know about you, Dear Copywriter, but to me, writing copy that is in BIG demand and also helps the user take the appropriate action your client needs sounds like a no-brainer writing career.

And in return, you could earn higher fees than most other writers — as much as 50% more for the same projects. Just imagine what your writer’s life will look like when you can earn $750 on a project that another writer might get paid $500.

Plus, when you’re one of the few writers trained as a UX Copywriter, you’ll have a virtually unlimited pool of potential clients. That’s because companies are pouring more and more money into the user experience.

Numerous industry studies show that every dollar spent on UX brings in between $2 and $100 dollars in return. Forrester Research found that “implementing a focus on customers’ experience increases their willingness to pay by 14.4 percent, reduces their reluctance to switch brands by 15.8 percent, and boosts their likelihood to recommend your product by 16.6 percent.”

The bottom line is this … a stronger user experience is a useful way to increase the level of trust that consumers lack when visiting a website. Altitude Lab says, “As the landscape becomes increasingly competitive, a good UX can be a massive differentiator for a company.”

And more good news … AWAI is going to help you get in on this growing trend of UX copywriting by providing you with expert guidance and training. By joining our new UX Copywriting Mastery & Certification program, you’ll spend six weeks with our own in-house UX expert, Heather Robson. After completing this live training, you’ll know how to write UX copy as well as get a plan of action for finding clients. You’ll get feedback on your work, and end up with a polished sample you can use to land clients.

Why not create your own legacy by becoming one of the first AWAI VerifiedTM UX Copywriting Specialists? Join the live UX training here.