Excuse me for using this word, but I haven’t yet figured out a better way of describing this common mistake most new writers make: Vomiting on the page.

What I’m talking about is when writers don’t have a clear idea of what to focus on in their writing and the copy they turn in is just a bunch of unorganized ideas splattered on the page.

This approach simply doesn’t work. It confuses your reader. Worse yet, it places the burden of making sense of your copy squarely on their shoulders.

And that’s a Big No-No. The harder you make the prospect work, the less likely they will respond. In fact, most will delete the email or throw your sales letter in the trash can.

Famous ad man and copywriter, David Ogilvy was a master of coming up with Big Ideas. In his book, On Advertising, David wrote:

“You can do homework from now until doomsday, but you will never win fame and fortune unless you also invent Big Ideas. It takes a Big Idea to attract the attention of consumers and get them to buy your product. Research can’t help you much, because it cannot predict the cumulative value of an idea, and no idea is big unless it will work for 30 years."

Another way to understand the Big Idea is how you can use it to play up what is missing in the prospect’s life. The Big Idea shows how the product will improve the quality of your prospect's life.

Here’s an example of one of the best-performing Big Idea sales letters from Stansberry Research, written by their own A-list copywriter, Mike Palmer: 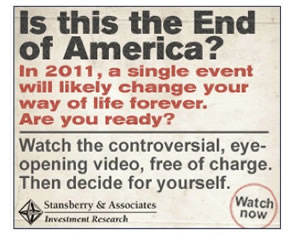 Notice how the copy alludes to a single event that will change your way of life. Not only will this event alter your way of life, it will shake the very foundations of our country. Talk about a Big Idea.

So you know what the Big Idea is all about, but when you have several ideas that could be contenders for the Big Idea, which one do use?

Luckily, Ogilvy created a checklist to determine if an idea could be qualified as a BIG IDEA:

I’m going to add two more questions to his checklist that will help you isolate the Big Idea from all your other ideas:

Your takeaway: The next time you sit down to write sales copy and can’t decide which idea is the Big Idea, answering these seven questions will make that task a no-brainer.