He was a licensed practitioner of Chinese medicine with a full schedule of patients and the author of seven medical books.

But after years in the industry, he didn’t want to practice medicine anymore. And despite earning a lucrative living as an acupuncturist on cruise ships, his income hit a ceiling.

“You can't scale medicine,” Christian says. “To earn more money, you have to see more patients, which is limiting. And it's very, very tiring work.”

His First Client: Himself

Looking for more income streams, Christian set out to share Chinese medicine with Western doctors and eager patients. He created digital products and spoke at seminars.

But he soon realized, to sell successfully, he’d have to learn persuasive copywriting and marketing – a completely different style from authoring medical books.

His search for copywriting training lead him to American Writers & Artists Institute (AWAI), and The Accelerated Program for Six-Figure Copywriting, an on-line home-study program.

“I was very, very pleased to have stumbled upon AWAI,” he says. “From the very first interaction, you really get the sense that these folks have the tools to get you where you would like to go. They over deliver … over and over again. That's my experience with AWAI. If you're really into succeeding, you'll have plenty of opportunities to do that.”

One of the most valuable resources he took advantage of was AWAI’s Circle of Success. That gave him access to every AWAI program, including the FastTrack to Copywriting Success Bootcamp and Job Fair.

At his first Bootcamp, in 2013, he found the exact expertise and inspiration he needed. He spent three days mingling with master copywriters, getting feedback on his career and meeting real clients looking for writers.

“The amount of support and resources and the real caring ethic that you get with AWAI is amazing. I found a lot of people at Bootcamp who knew a whole lot more than me about getting to the level that I wanted,” he says.

Since then, he’s attended two more Bootcamps, where each time he picks up more tips to refine his copywriting.

Bring on the Big Dogs

Christian initially applied his new copywriting skills to sell his digital products to other professionals interested in Chinese medicine, acupuncture and holistic medicine.

Then, at age 47, he decided to change careers.

“I knew I wanted to get out of practicing medicine,” he says. “There was too much frustration being a business-minded person in a non-business world. I saw copywriting as a very clear path out.”

Most graduates of The Accelerated Program build freelance businesses, where they can create the writer’s life with flexibility and freedom.

But a different opportunity landed in Christian’s lap.

A mentor at AWAI who reviewed his final assignment for The Accelerated Program showed it to an industry contact, who passed it on to someone else. A couple connections later, Christian had an introduction to the copy chief at Legacy Research Group, a major publisher of financial newsletters, with several hundred thousand subscribers worldwide.

A longtime subscriber of Legacy publications, he knew the publications and lingo well – and had recently decided to specialize in financial copywriting.

Since Christian and his Legacy interviewer went to competing colleges, they talked sports for 45 minutes. “We talked very little about my writing until the following interview,” he says.

Ultimately, Legacy offered him a full-time job at their offices in Delray Beach, Florida. There, he works and learns alongside some of the best in the business, including a colleague who wrote a promotion that brought in an impressive $27 million.

“This is absolutely a dream job for me,” he says. “I was already moving very strongly in the direction of, ‘I want to be a staff writer so I can experience how the best in the business do it.’”

At Legacy, Christian works hard – showing his bosses and colleagues he’s talented and hungry. Beyond copywriting skills, his attitude has proven to be just as critical. “I was can-do from the beginning.”

After nearly three years working and learning in-house at Legacy, Christian fulfilled every writers dream to go remote. He and his wife and son now live in a stunning little corner of the Caribbean.

The Future’s So Bright

As a bonus, better copywriting skills are helping Christian build a side income with another medical information product. “My own product is making good revenue as well,” he says.

Between his salary and side business, his bank account looks better every day.

“I gave myself a good 500% raise,” he says, “And when I calculate how much freedom I now have… it’s even more than that. The skills I learned let me sell my own product, while continuing to write for a a great company. My wife and I both do very, very well with a fraction of the effort I had to put in with my medical career.”

Learn more about the programs that helped open doors for Christian, including the The Accelerated Program for Six-Figure Copywriting. 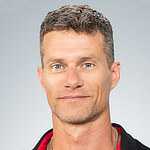 “We live in a time where freedom, wealth and your ability to do your own thing is greater than it's ever been by orders of magnitude. If other people have done it, why not you? As long as you’re willing to work for it.”